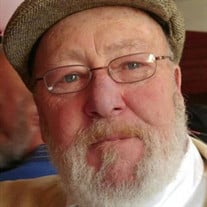 North Hampton – Dennis F. Casey, 69, of North Hampton, died on Saturday, February 12, 2022 at the Lahey Hospital in Burlington, MA, with those he loved at his bedside. Dennis was born on April 23, 1952, in Cambridge, MA, one of 5 sons of the late John H. and Marguerite (Maloney) Casey. He shared nearly 30 years of marriage with his wife, Maryka Ford, of North Hampton. He was raised in Arlington, MA and graduated from Arlington High School in 1970. Following high school, he went to work at Casey & Hayes Movers of Boston, MA. A truck driver and furniture mover by trade, Dennis was a member of Teamster’s Local 82 of Boston. He and Maryka were married in 1995 and lived in Hampton and Portsmouth before moving to North Hampton in 2012. He retired in 2003 from Casey and Hayes, and worked at several local jobs over the years including Ricci Lumber, Bournival Jeep, and Lowe’s. Dennis loved sports. When he was younger, he coached the famed Hobos softball team. In recent years, he pretended to be a NY Yankees fan and took particular joy in irritating his family, friends, co-workers and strangers on the street by wearing his Yankees hat. He especially loved entertaining family and friends at holiday gatherings and cookouts. In addition to Maryka, surviving family members include his son, Patrick Casey of Newton, NH, his stepchildren, Christopher Barnard and wife, Anda Veverbrants of Cambridge, MA, Colin Barnard and wife, Melissa of Hampton, and Erin Barnard of Portsmouth. He also leaves his brothers, John and wife Rose of Hull, MA, James and wife Susan of Arlington, MA, William and wife Mary of Grantham, NH and Thomas and wife Paula of Bourne, MA, his 5 grandchildren, 1 great grandchild, many nieces and nephews and their children. He was predeceased by his first wife, Ann Marie Casey of Arlington, MA. Services will be private.

The family of Dennis F. Casey created this Life Tributes page to make it easy to share your memories.