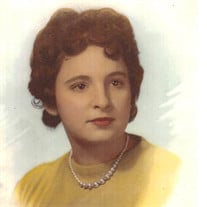 Hampton – Diane M. Bushe, 81, of Hampton, died Monday, January 25, 2021 at Wentworth Douglass Hospital in Dover after a long hard fought battle with lung cancer. She was born in Brighton, MA January 18, 1940 the daughter of the late Biagio and Adele (Visocchi) Cedrone. She graduated from Saint Columbkille High School in Brighton and later moved to Hampton in 1965. Diane worked several jobs, most notably for 15 years owning and operating Abba Taxi Service. Prior to this she worked as an aid in special education at Winnacunnet High School, working the front desk at the former Inn of Hampton and in her earlier years she managed the former Big Apple in Hampton Falls for Applecrest as well as baking pies to be sold by both Applecrest and at the Big Apple. Diane was a very giving and generous person. Her children and grandchildren were most important to her, especially enjoying attending all of their sporting events. She also enjoyed family vacations at Saratoga and Lake George, NY, the New England Patriots, cooking and reading. She leaves two children, Rick Bushe and his wife Shelby of Rochester, Cheryl Crowley and her husband Daniel of Hampton, five grandchildren, Carly, Brock, Halley, Kiara and Brenna, her brother David Cedrone of Chestnut Hill, MA, nieces and nephews. She was the wife of the late John Bushe and the mother of the late John C. Bushe who both predeceased her in 2011. Visiting hours will be held from 2-4 P.M. Thursday, February 4, 2021 at the Remick & Gendron Funeral Home-Crematory, 811 Lafayette Road, Hampton. Relatives and friends are respectfully invited. In lieu of traditional remembrances, donations may be made to the New Hampshire SPCA

The family of Diane M. Bushe created this Life Tributes page to make it easy to share your memories.

Send flowers to the Bushe family.