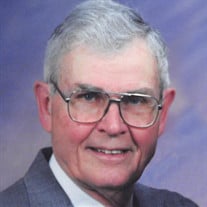 Hampton - Donald E. Tilbury, 88, of Hampton, went from his home in Hampton to his heavenly home Wednesday, December 21, 2016. He was born on February 29, 1928 in Amesbury, MA, a son of the late John R. and Florence E. (Bradshaw) Tilbury. Don was an Amesbury, MA High School graduate, Class of 1945. He went on to serve in the U.S. Army in Japan, as a member of General MacArthur's Honor Guard. Mr. Tilbury worked for Chicago Bridge & Iron Co. building water towers and also in their engineering department in Salt Lake City, Utah. He then moved to Lorain, OH, where he worked for Roth Corporation along with his brother, John. Returning home, he became a manufacturer' representative selling dust control equipment to woodworking businesses and helping to make working environments healthier and safer for workers. He loved to ski, hike, hunt, fish and was a Boy Scout leader. He also served on the town of Hampton Growth Oversight Commission and on the board at Aquarian Water Company. Don was a faithful member of the Hampton United Methodist Church and sang in their choir for forty-two years. He loved and served the Lord and is at peace with Him. He leaves behind his wife Marilyn (Atkinson) Tilbury; his children, April West and her husband Terry, Holly Elkins, Matthew Tilbury and Andrew Tilbury; his grandchildren, Erica Graham, Christie West, Jasmine Elkins, Melanie Elkins, Adam Tilbury and Greyson Tilbury; his brother John R. Tilbury, Jr. and his significant other Terri; his sister Dorothy M. Pike; his sister in law and brother in law Sally and Edward Parent, and many nieces, nephews, and friends. He loved them all. Visiting hours will be held from 5 to 7 PM on Tuesday, December 27, 2016 at the Remick & Gendron Funeral Home-Crematory, 811 Lafayette Road, Hampton. Services will be held at 11 AM on Wednesday, December 28, 2016 in the Hampton United Methodist Church, 525 Lafayette Road, Hampton. Burial will follow at 2 PM in the High Street Cemetery. In lieu of flowers memorial contributions may be made to Hampton United Methodist Church, 525 Lafayette Rd., Hampton, NH 03842 or the Leukemia & Lymphoma Society, 3 International Drive, Suite 200, Rye Brook, NY 10573.

Hampton - Donald E. Tilbury, 88, of Hampton, went from his home in Hampton to his heavenly home Wednesday, December 21, 2016. He was born on February 29, 1928 in Amesbury, MA, a son of the late John R. and Florence E. (Bradshaw) Tilbury. Don... View Obituary & Service Information

The family of Donald E. Tilbury created this Life Tributes page to make it easy to share your memories.

Send flowers to the Tilbury family.