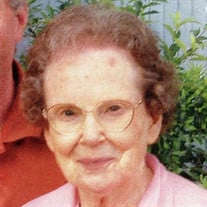 Hampton – Dorothy M. “Dottie” Malcolm, 91, of Hampton, died Tuesday, January 5, 2016 at the Oceanside Skilled Nursing and Rehabilitation Center in Hampton with her devoted family by her bedside. She was born May 30, 1924 in Schenectady, NY, the daughter of the late Herbert C. and Mae (Spear) Hodgkins. Dottie was raised in NY. She graduated from Bethlehem Central High School in Delmar, NY with the Class of 1942 and attended Bowling Green State University in Ohio. During WWII, she met the love of her life, the late Kenneth W. Malcolm and they were married in 1948. She and Ken, along with their sons, Scott and Dale, moved to Hampton in 1960 and their third son, Ross, was born shortly after their arrival. Dottie had worked as a teller with the former Exeter Banking Company for many years before her retirement. She was also very active in the Hampton Monday Club and had served as president and secretary. She is survived by her sons, Scott W. Malcolm and his wife Donna of Hampton, Dale H. Malcolm and his wife Karen of Kettering, OH and Ross A. Malcolm and his wife Natalie of Belmont, NH; her grandchildren, Katelyn, Billy and Haley; her brother, Norman S. Hodgkins and his wife Ruth of Lovell, ME, her sister-in-law Mary Hodgkins of Scotia, NY and several nieces and nephews. In addition to her parents, Dottie was predeceased by her beloved Ken who died in 2008 and her brother, Robert C. Hodgkins. Visiting hours will be from 11am to 1pm on Thursday, January 14, 2016 in the Remick & Gendron Funeral Home-Crematory, 811 Lafayette Road, Hampton. A memorial service will be held at 1pm in the funeral home immediately following the visitation. Relatives and friends are respectfully invited. Burial will be private. In lieu of flowers, donations may be made to the Rockingham VNA & Hospice, 137 Epping Rd., Exeter, NH 03833. Please visit www.RemickGendron.com to view Dottie’s memorial website, to sign her tribute wall, or for directions.

The family of Dorothy M. Malcolm created this Life Tributes page to make it easy to share your memories.

Send flowers to the Malcolm family.