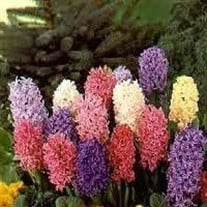 Seabrook – Dorothy C. “Dotty” Schrempf, 79, of Seabrook, died Saturday, March 25, 2017 at Frisbie Memorial Hospital in Rochester after a period of failing health. She was born the only girl of triplets July 10, 1937 in San Pedro, CA the daughter of the late Harry and Ethel (Jones) Devenish and sister of Charlie, Eddie, and older brothers Harry and John. Dot was raised in Ipswich, Mass. and attended Ipswich schools. She was employed by Owens Illinois and later Gould Shawmut both of Newburyport, Mass. and retired from the former Seabrook Greyhound Park. She made her home in Seabrook for nearly 50 years. Family was most important to her and she enjoyed reading, walking, Sunday services, her dogs and watching Westerns on television. She shared 64 years of marriage with her husband Harold Schrempf. In addition to her husband, family members include five daughters, Pamela Fowler of Florida, Cathy Gosselin, Linda Perkins and husband Stephen, Patricia Balderrama and husband Choppo all of Seabrook, Carol Amato and husband Phil of South Berwick, ME, 15 grandchildren including Herbert Randall whom she raised and thought of as a son, 27 great grandchildren and her brother, John Devenish of Carson City, NV. She was predeceased by three brothers, Edward, Charles and Harry Devenish. A Celebration of Life will be held at 1:00 PM Saturday, April 1, 2017 at The Trinity Parish House, 103 Lafayette Road, Seabrook. Relatives and friends are respectfully invited. In lieu of flowers, donations may be made to the Alzheimer’s Association, 225 N. Michigan Avenue, Fl., 17, Chicago, IL 60601 or go to www.alz.org/ Assistance with the arrangements was by the Remick & Gendron Funeral Home-Crematory, Hampton.

The family of Dorothy C. Schrempf created this Life Tributes page to make it easy to share your memories.

Send flowers to the Schrempf family.