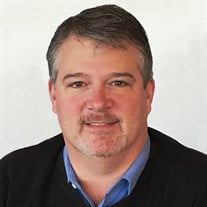 Hampton – Dr. Nicholas Demarest Quinn, D.C., 46, of Hampton, died suddenly on Friday, September 9, 2016 at Exeter Hospital. He was born March 22, 1970 in New York, NY, son of Donald B. Stott of Mendham, NJ and Joan Johnson Stott of North Palm Beach, FL. Nicholas was raised in Lakeville, Pennsylvania. He later moved to Basking Ridge, NJ where he attended Morristown-Beard High School, transferred to and graduated from The Berkshire School in Sheffield, MA in 1988. He went on to graduate with a BA from the University of Colorado, Boulder in 1992. After skiing in Aspen for a few years, he attended law school in Boston at the New England School of Law where he graduated in 1999; it was there that he met his wife Tanya. While working as an attorney in Denver, he received his MBA from the University of Denver Business School. Changing careers, Nicholas earned his Doctor of Chiropractic degree from Life Chiropractic College West, Hayward, CA in 2008. Dr. Quinn was an award winning chiropractor who practiced at Quintessential Chiropractic in Portsmouth, a business he and his wife owned, operated, and loved for the last 7 years. Before becoming a chiropractor, Nicholas worked as a Deputy District Attorney in Denver, CO. Dr. Quinn has traveled extensively in the United States, Europe, the Caribbean, and South America. He loved all outdoor sports, including skiing, fishing, hiking, golf, stand-up paddle boarding, surfing, ice climbing, scuba diving, and many more. However, no matter how much joy he received from these activities, playing with his children was his greatest joy of all. In addition to his parents, Nicholas Quinn leaves behind his beloved wife of 11 years, Dr. Tanya McGarry Quinn of Hampton, as well as his two beautiful little girls, Meeghan and Hailey Quinn (ages 7 and 6). Other family members include his brother Christopher Quinn of North Palm Beach, FL and several nieces, nephews and cousins. Visiting hours will be held from 1 to 3 PM on Saturday, September 17, 2016 in the Remick & Gendron Funeral Home-Crematory, 811 Lafayette Road, Hampton. A memorial service will immediately follow at 3 PM in the funeral home. Relatives and friends are respectfully invited. Burial will be private. In lieu of flowers, donations by check may be made in Dr. Nicholas Quinn’s memory to Meeghan and Hailey’s college savings accounts in care of Tanya Quinn to 45 Lafayette Road, Box 158, North Hampton, NH 03862.

The family of Dr. Nicholas D. Quinn, D.C. created this Life Tributes page to make it easy to share your memories.