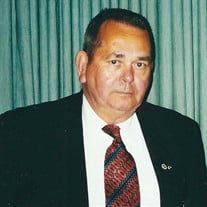 Seabrook - Former State Representative, E. Albert "Al" Weare, 84, of Seabrook passed away peacefully on Monday, October 5, 2020 at his home. Al was born on August 10, 1936 in Seabrook, a son of the late George A. Weare, Sr. and the late Mariam (Beal) Weare. Al was preceded in death by his loving wife of over 57 years, Margaret “Peg” (Weir) Weare who died in 2016. Al served his country and community throughout his life. He enlisted in the U.S. Marine Corps out of high school, served 21 years, and was proud to be a Marine Corps Mustang Officer, retiring at the rank of Captain. His tours of duties brought him to Korea and Viet Nam as well as many stateside locations. Once retired from the Marines, he joined the Portsmouth Fire Dept., first serving as an EMT and retired once again as a Captain. Family liked to tease him that he just couldn't give up the rank. He then ran for NH State Representative for Rockingham County, fulfilling his life goals of being a Marine, a firefighter and having a position in government. He was also member of St. James Masonic Lodge in Hampton and supported many military charities and organizations. Al is survived by his daughter, Marcell A. Weare of Dover, his son Alexander Weare of Seabrook, his adopted niece Tina M. Denis of Seabrook, his grand nephews, Matt Denis, Austin Denis and Scott Hamel as well as many other nieces and nephews. In addition to Peg, Al was predeceased by his son Albert N. Weare, who also died in 2016. Visiting hours will be from 3 to 6 PM on Monday, October 12, 2020 in the Remick & Gendron Funeral Home – Crematory, 811 Lafayette Rd., Hampton. A graveside service with Marine Corps honors is scheduled for 11 AM on Tuesday in the Hillside Cemetery, Seabrook. Masks will be required and social distancing must be maintained. In lieu of flowers donations can be made to the St. James Lodge Scholarship Fund, The Marine Corps Toys for Tots Program, the Wounded Warriors or a donation to your local Fire Department.

Seabrook - Former State Representative, E. Albert "Al" Weare, 84, of Seabrook passed away peacefully on Monday, October 5, 2020 at his home. Al was born on August 10, 1936 in Seabrook, a son of the late George A. Weare, Sr. and the late Mariam... View Obituary & Service Information

The family of E. Albert "Al" Weare created this Life Tributes page to make it easy to share your memories.