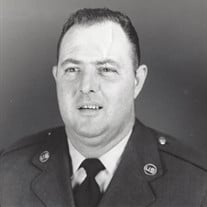 Dover – Earl W. Wills, Jr., 88, of Dover, passed away peacefully on Friday, February 1, 2019. Earl was born in McKeesport, PA on June 10, 1930, a son of the late earl and Helen (McGee) Wills, Sr. Earl served his country honorable with the United States Air Force for over 20 years. After retiring from the service, he worked as an air traffic controller for 15 years and retired from Logan Airport in 1987 as their weather forecaster. Earl enjoyed his time as an active member of Saint John’s Masonic Lodge #1 of Portsmouth. Surviving family members include his beloved wife, Priscilla (Day) Wills, his sons, Paul, Richard, Michael and John Wills and his 5 grandchildren and 5 great grandchildren. In addition to his parents, Earl was predeceased by his wife and mother of his children, Norma Wills who died in 1997. A graveside service with Air Force honors will be held at 11am on Monday, June 10, 2019 at the Lee Hill Cemetery on Rt. 155, Lee. In lieu of flowers, donations may be made to the American Cancer Society, 2 Commerce Dr., #110, Bedford, NH 03110, https://www.cancer.org/

The family of Earl W. Wills Jr. created this Life Tributes page to make it easy to share your memories.

Send flowers to the Wills family.