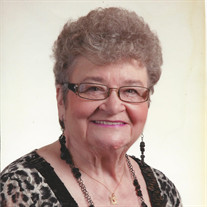 Newburyport – Edna M. Howard, 73, of Newburyport, formerly of Rockland, ME, and Georgetown died Tuesday, November 3, 2015 at Portsmouth Regional Hospital, Portsmouth, NH. She was born in Boston, April 7, 1942 the daughter of the late Edward and Elinor (Jerrier) Howard. The family moved to Georgetown in 1957 and she graduated from Perley High School in 1959. In 1971 she married and moved to Rockland, ME where she lived for 24 years. Edna was employed at Western Electric, The 3 G’s in Georgetown and the Samoset Resort in Rockland as manager of the dining room. She returned to Massachusetts and resided with her mother who had been living with her since the death of her father in 1993. . Family members include her brother, Edward Howard, Jr. of Hampstead, NH, her niece, Nikolle Ard and her three children Katherine, Daniel and Cory Ard and Katherine’s daughter Addalynn all of Arkansas, sister-in-law Jan Jones and niece Teisha and her husband Casey Hufnagel as well as Baby Hufnagel who is due to arrive in December of Rockland, ME, her aunt, Sister Anne Howard SND of Ipswich, best friends of over 60 years, Alice Bonner, Jim Grayson and Susan Johnson, her godchildren, Susan, Patrick, Nikolle, Teisha and Katie and close cousins. In addition to her parents, she was predeceased by her nephew, Jeff Jones and godchildren Mike Bonner, Michael Woodworth and good friend, Kathy Spofford. There will be no visiting hours. A mass of Christian burial will be celebrated at 10 A.M. Tuesday, November 10, 2015 at St. Mary Church, 94 Andover Street, Georgetown. Burial will follow in Harmony Cemetery, Georgetown. Relatives and friends are respectfully invited. Assistance with the arrangements was by the Remick & Gendron Funeral Home-Crematory, Hampton, NH.

Newburyport &#8211; Edna M. Howard, 73, of Newburyport, formerly of Rockland, ME, and Georgetown died Tuesday, November 3, 2015 at Portsmouth Regional Hospital, Portsmouth, NH. She was born in Boston, April 7, 1942 the daughter of the late... View Obituary & Service Information

The family of Edna M. Howard created this Life Tributes page to make it easy to share your memories.

Send flowers to the Howard family.