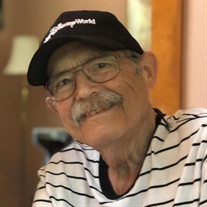 Hampton Falls – Edward J. DeCosta, 77, of Hampton Falls, New Hampshire died on Wednesday, May 4, 2022 peacefully at home. He was born in Fitchburg, Massachusetts on December 23, 1944, the son of the late Joseph and Mary (Cotton) DeCosta. He was predeceased by his sister, Anne Helin. Ed graduated from Saint Bernard’s High School in 1962 and received his bachelor’s degree in Nuclear Physics from the University of Lowell. He served in the United States Army in Vietnam from 1966-1968 as a member of the 192nd Assault Helicopter Company. He was the recipient of the Purple Heart. He was employed as a nuclear control room operator at Seabrook Station in Seabrook, New Hampshire for 32 years. He retired in 2012. He lived in Hampton Falls for 41 years. Family was most important to him. He also loved traveling to Disney World with his family, reading, woodworking and was an avid New England Patriots fan. He was also a member of the Hampton’s American Legion, Post 35. He shared 47 years of marriage with his wife Dorothy A. (Ciuffetti) DeCosta of Hampton Falls. In addition to his wife he leaves two children, Lori DeCosta and her husband, Christopher Dennis of Arlington, Massachusetts and Anthony DeCosta and his wife, Cassandra of Stow, Massachusetts, three grandsons, Samuel, Leo and Luke, his sister, Kathleen DeCosta, of Leominster, Massachusetts and his nephews, Chris, Michael, John and Aidan. May the Fourth be with you, Dad. Visiting hours will be from 6-8 P.M. Monday, May 9, 2022 at the Remick & Gendron Funeral Home-Crematory, 811 Lafayette Road, Hampton. A mass of Christian burial will be celebrated at 10 A.M. Tuesday, May 10, 2022 at Our Lady of the Miraculous Medal Church, 289 Lafayette Road, Hampton. Relatives and friends are respectfully invited and requested to meet at the church for the 10 A.M. mass. Burial will follow in Oak Lawn Cemetery, Hampton Falls.

Hampton Falls &#8211; Edward J. DeCosta, 77, of Hampton Falls, New Hampshire died on Wednesday, May 4, 2022 peacefully at home. He was born in Fitchburg, Massachusetts on December 23, 1944, the son of the late Joseph and Mary (Cotton) DeCosta.... View Obituary & Service Information

The family of Edward J. DeCosta created this Life Tributes page to make it easy to share your memories.

Send flowers to the DeCosta family.