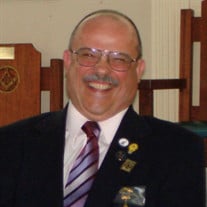 Seabrook - Edward J. Hess Jr., 72, of Seabrook passed away peacefully on Thursday, December 2, 2021 after fighting a long battle with strokes and Lewy-Body Dementia. He was born in Exeter on July 30, 1949 the eldest of two sons to the late Edward J. and Gertrude (Lalime) Hess. Edward attended Seabrook Elementary School and went on to graduate from Winnacunnet Regional High School with the Class of 1967. A very civic minded man, he served a term as Seabrook Town Selectman and Chairman of the Board. He was proud of his term in office, especially in helping facilitate the new playground equipment for the towns youth; the opening of the Harbor Park in Seabrook Beach and helping US Food set up operations in Seabrook. Edward had quite a varied working career. His first notable career was helping to form the South Hampton Fire Department, which he proudly served as the first Fire Chief in the mid 1970’s into the early 1980’s. He was also a volunteer fire fighter for the Amesbury Mass. Fire Department. After moving to Seabrook in the 1990’s he served as a call fireman and dispatcher for the Seabrook Fire Department. He was a lifelong member of the Seabrook Fire Fighters Association, where he was past president, treasurer and also helped out with charitable bingo duties. His full time career included Flexaust Pipe Manufacturing of Amesbury, Cardinal Health of Peabody, where he served as shop steward for local Teamsters and finally East Coast Welding in Newburyport Massachusetts. Edward also worked part time cleaning pools in summer for DC Pools of Amesbury before venturing off into his own pool cleaning business. His other part time business, which he truly loved and was well known for throughout the Seacoast was performing Lobster/Clam Bakes the old fashion way with outside wood fires and seaweed. He was a member of Sons of the American Legion (SAL), Post #70, Raymond E. Walton Legion of Seabrook. He really shined with his love of Masonic life. He was an active member and past worshipful master of Saint James Lodge #102 F. & A.M. of Hampton, he also served in virtually every “chair’ in the lodge. He was an honorary member of John T. Heard Lodge of Ipswich, Massachusetts. He was a member of Sottish Rite Bodies and Bektash Temple of the Shrine in Concord. He was a life member of the Masonic Police Square Club, member and past president of the East Gate Masonic Club, and a life member of the Portsmouth Shrine Club. He belonged to too many Masonic Committees to list here. He leaves behind the love of his life and wife of 33 years, Simone Hess of Seabrook and a younger brother, Paul Hess of West Melbourne, Florida. Private services will be held at the convenience of the family. In lieu of flowers, contributions may be made to his wife in her time of need.

Seabrook - Edward J. Hess Jr., 72, of Seabrook passed away peacefully on Thursday, December 2, 2021 after fighting a long battle with strokes and Lewy-Body Dementia. He was born in Exeter on July 30, 1949 the eldest of two sons to the late... View Obituary & Service Information

The family of Edward J. Hess Jr. created this Life Tributes page to make it easy to share your memories.

Send flowers to the Hess family.