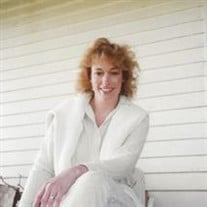 Hampton Falls – Edwina Elaine Ahearn, 71, of Hampton Falls, passed away peacefully on Tuesday, September 28, 2021 after a brief illness. Elaine was born in Gloucester, MA, on October 19, 1949, one of 7 children of the late Donald and Edwina (Lodge)Andrews. She met her late husband, David E. Ahearn in the early 1980’s and they traveled the world together. They moved to the New Hampshire Seacoast in 1989 and purchased an antique house, built in 1783, in Hampton Falls. They named their home Pitlochry Farm, after a village in Scotland that meant so much to them. Elaine had a thirst for knowledge and a love of politics, both national and local. She was a staunch Democrat and delighted in meeting many Presidential candidates,including President Biden. She opened her home, Pitlochry Farm, to strangers and friends who volunteered to canvas for Democratic candidates, as well as for candidates to speak to supporters. She served as a NH State Representative from 2012 to 2014. She was a strong and outspoken advocate for women’s rights and gun control. She was well versed in World War I & II history and was an avid reader on many topics. An Anglophile, she loved all things British and talked about her time in school in England with her aunt and uncle as a formative one for her. She was intelligent, a great conversationalist on a variety of topics, with a sharp mind, and a quick wit. She was a talented interior decorator of her home and gardens and collected many unique antique pieces. A skilled cook and hostess, she was a gracious and gregarious host. An invitation to a soiree at Pitlochry Farm was to be envied. Although she declared herself to be an atheist, the hope is that she and David will be together again. Elaine leaves her children: AJ Morabito of Hampton, Matthew Morabito and his wife Mary Kenney of Freeport, ME, and Alisha Roberts and her husband Glenn Roberts of Hampton Falls. She also leaves her beloved grandchildren, Ruth and Woodrow Kenny,Justin and Joshua Roberts and Skye and Ava Morabito. She is also survived by her siblings: Derrick and Donald Andrews, Linda Sacco, Laura Ambrosino, Lisa Cummings and Lois Brodmerkle. A graveside service will be held at 2:00 pm Saturday, October 9, 2021 in the Oak Lawn Cemetery, Nason Road, in Hampton Falls. In lieu of flowers, the family suggests memorial donations be made to The Hampton Falls Free Library, 7 Drinkwater Road, Hampton Falls, NH 03844.

Hampton Falls &#8211; Edwina Elaine Ahearn, 71, of Hampton Falls, passed away peacefully on Tuesday, September 28, 2021 after a brief illness. Elaine was born in Gloucester, MA, on October 19, 1949, one of 7 children of the late Donald and Edwina... View Obituary & Service Information

The family of Edwina Elaine Ahearn created this Life Tributes page to make it easy to share your memories.

Send flowers to the Ahearn family.