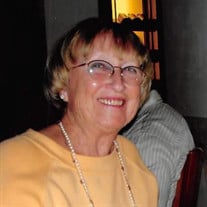 Hampton – Elaine Marjorie Corcoran, 92, of Hampton, passed away peacefully surrounded by her loving family on Wednesday, August 4, 2021 at Portsmouth Hospital. She was born in Boston, MA on June 1, 1929, the daughter of the late Kenneth and Beatrice (Porter) Hogan. Elaine was raised in Brighton and Framingham, MA along with her four sisters, Lois, Patricia, Marilyn and Maureen. Elaine graduated from Framingham High School and continued her education at Hickox Secretarial School. She worked as an executive secretary for a number of years. Elaine was a devoted stay at home wife and mother, raising her six children in Waltham, MA. The family moved to Hampton in 1979, where she was very involved with the former Franciscan Friary in Rye as well as many local charitable and spiritual groups. She also worked as a part-time receptionist at the former Odyssey House. She enjoyed fine dining and traveled extensively throughout the United States and the world. Elaine will be remembered as a fantastic home chef and an avid reader and collector of cookbooks. She is survived by her sons Gerard “Jerry” Corcoran and wife Ead of Barrington; John Corcoran, Jr. and wife Gayle of Exeter; her daughters, Marianne O’Keefe and husband Rick of Camarillo, CA; Karen Haraden of Hampton; and Julie Chareth and husband Marc of Amherst. Known as Mema, Elaine was lovingly devoted to her grandchildren, Matthew, Conner and Erica Chareth; Amanda and Jack Haraden; Laurie and Christine Corcoran; and Emily Corcoran. She also leaves behind her sisters Lois Cragin and husband Ed; Marilyn “Mickey” Merloni and husband Tinney; Maureen Carey and husband Billy; and brother-in-law, Tom Arthur, as well as Virginia Corcoran. In addition to her parents, Elaine was predeceased by her godparents, William and Frances Weidmann; John “Jack” Corcoran, father of her children; son, Kevin; and sister, Patricia Arthur. Visiting hours will be from 5 to 7 pm on Tuesday, August 10, 2021 in the Remick & Gendron Funeral Home-Crematory, 811 Lafayette Rd., Hampton. A Mass of Christian Burial will be celebrated at 11 am on Wednesday, August 11 at Our Lady of the Miraculous Medal Church, 289 Lafayette Rd., Hampton. A private family burial will be held on Thursday, August 12 at St. Joseph Cemetery, West Roxbury, MA.

Hampton &#8211; Elaine Marjorie Corcoran, 92, of Hampton, passed away peacefully surrounded by her loving family on Wednesday, August 4, 2021 at Portsmouth Hospital. She was born in Boston, MA on June 1, 1929, the daughter of the late Kenneth... View Obituary & Service Information

The family of Elaine M. Corcoran created this Life Tributes page to make it easy to share your memories.

Send flowers to the Corcoran family.