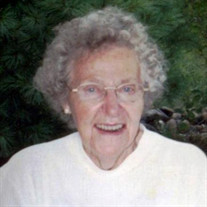 North Hampton – Eleanor Ann Minutelli, 92, a North Hampton resident since 1961, died peacefully on Monday, January 15, 2018 at Exeter Hospital. She was born in Portland, ME on January 31, 1925 the daughter of the late Thomas and Nancy (Cleary) Clark. Raised in Stratham, she graduated from the former Robinson Female Seminary in Exeter and went on to attend nursing school at the former Memorial Hospital in Nashua. Dedicating her life to raising her children, Eleanor’s greatest joy was spending time with them and her other extended family. She also enjoyed gardening and feeding the birds. She shared 63 years of marriage with her late husband Armand E. Minutelli who died in 2009. Family members include her 8 children, Dianne Lane and her husband Bob of Epping, Carolyn Charette and her husband Norman of Wilton, Sheila Finch of Coventry, RI, David Minutelli and his wife Donna of Newmarket, Nancy Ward and her husband Chip of Lindenhurst, IL, Charles Minutelli and his wife Barbara of North Hampton, Sally Minutelli of Raymond and Danny Minutelli and his wife Diana of No. Berwick ME; 16 grandchildren; 15 great grandchildren and1 great great grandchild. A Visiting hour will be held from 11 AM - 12 PM on Saturday, January 20, 2018 in the Remick & Gendron Funeral Home-Crematory, 811 Lafayette Road, Hampton. Services will immediately follow at 12 PM in the funeral home. Burial will be in the Center Cemetery, North Hampton. Relatives and friends are respectfully invited. In lieu of flowers, donations may be made to Rockingham Nutrition Meals on Wheels, 106 North Road, Brentwood, NH 03833.

North Hampton &#8211; Eleanor Ann Minutelli, 92, a North Hampton resident since 1961, died peacefully on Monday, January 15, 2018 at Exeter Hospital. She was born in Portland, ME on January 31, 1925 the daughter of the late Thomas and Nancy... View Obituary & Service Information

The family of Eleanor Ann Minutelli created this Life Tributes page to make it easy to share your memories.

Send flowers to the Minutelli family.