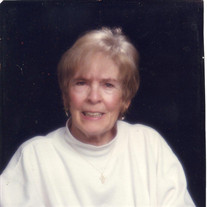 Hampton – Eleanor L. “Elly” Ward, of Hampton, died Thursday, August 18, 2016 at Exeter Hospital, surrounded by her family after a lengthy illness. She was born in Gloucester, Mass., August 19, 1923 the daughter of the late George O. and Helen (Call) Philbrick. Elly attended Gloucester schools and was a graduate of Portsmouth High School. She was a longtime resident of Rye making her home there year round in 1965. In her later years she resided in Hampton. A homemaker for most her life, she also helped out as a bookkeeper at Seacoast Florist her daughter’s former business. She was a communicant of Our Lady of the Miraculous Medal Church, a member of the Oasis Club at Exeter Hospital, AARP and was a charter member of the former Hampton Lioness Club. She was the wife of the late Kenneth L. Ward who predeceased her in1965. Family members include, her son, Terry Ward and his wife Pamela of Barrington, three daughters, Donna Batchelder and her husband Floyd of Florence, KY, Cynthia Willis and her husband Victor of Hampton, Phyllis Ender of Hampton, eight grandchildren, four great grandchildren, her brother, Kenneth Philbrick and his wife Sandra of Portsmouth, her sister-in-law, Mary Philbrick of Rye, many nieces and nephews. She was also predeceased by her son, Timothy Ward in 1989 and her brother, George Philbrick in 2005. Visiting hours will be from 6-8 P.M. Monday, August 22, 2016 at the Remick & Gendron Funeral Home-Crematory, 811 Lafayette Road, Hampton. Relatives and friends are respectfully invited. Burial will be private in the Central Cemetery Rye. The family suggests donations to Our Lady of the Miraculous Medal Church OutReach Program, 289 Lafayette Road, Hampton, NH 03842.

The family of Eleanor L. Ward created this Life Tributes page to make it easy to share your memories.

Send flowers to the Ward family.