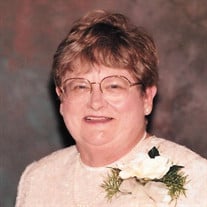 Elizabeth L. Hartnett passed peacefully on October 14, 2020 at the age of 81with her family by her side. Elizabeth, who preferred to go by Bette, was a caring person and a life-long volunteer who always sought a way to give back to her community, whether through her local food pantry, driving the elderly to their appointments, or many, many hours at her church, St. Theresa’s. Bette was born Febtuary16, 1939 in Salem, MA to Leo and Esther (Pelletier) Sullivan. She grew up attending St. Chretienne Academy in Salem, MA, where her 5’2” stature earned her the captain’s position on the volleyball team. She received both her teacher’s and dietician’s licenses from Framingham State College. Bette spoke often of her time during her internship at Mass General Hospital and how that propelled her into her career as a dietician. Having the MGH connection gave her even more pride when her daughter Kelly became a nurse at MGH in 2002. In 1963 Bette married Charles L. Hartnett, who brought her into the military life where they began to travel the world together while their family grew. Charles passed in 1977 and Bette became a single mom raising her four children Karen, Michael, Kelly and Erin. Soon after, Bette took in Tara (Hughes) Aldrich who became an immediate member of the family. Bette managed this household along with dozens of neighborhood children and countless pets. She loved cooking and always left a light on for friends and family to visit and have a cup of tea. Once her children were grown, Bette enjoyed traveling and arranged many trips around the seacoast, the country and the world, with her sister, her friends and her children. Bette’s family includes her sister Anne Masse and husband Harrison of Wolfeboro, NH, her brother Ray Sullivan and his wife Gail of Levittown, PA, her children, Karen (Hartnett) Wyman and her husband Scott of Hampton, Michael Hartnett and his wife Beth of Portsmouth, Kelly Hartnett of Portsmouth, Erin (Hartnett) Colliton and her husband Jim of Wakefield, MA and Tara Aldrich and her husband Brian of Mason, OH, her grandchildren, Noah, Lincoln, Tori, Johanna, Cecelia, Drew, Samantha, Joseph, Jake, Brian and Colin. Bette has dozens of nieces, nephews, friends and loved ones from all her volunteering years. A private family service will be held at St. Theresa’s in Rye, the church that was central to Bette’s Catholic Christian core and helped guide her through all the love she received and gave over her beautiful life. In lieu of traditional remembrances please consider a donation to the Alzheimer’s Association

Elizabeth L. Hartnett passed peacefully on October 14, 2020 at the age of 81with her family by her side. Elizabeth, who preferred to go by Bette, was a caring person and a life-long volunteer who always sought a way to give back to her community,... View Obituary & Service Information

The family of Elizabeth "Bette" Hartnett created this Life Tributes page to make it easy to share your memories.