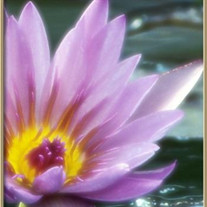 Exeter – Elizabeth “Betty” (Cone) Stickney, 79, of Exeter, formerly of Hampton, died Wednesday, September 5, 2018 at Portsmouth Regional Hospital surrounded by loved ones. She was born in Fair Haven, VT on September 12, 1938 the daughter of the late Harold and Ila (Smith) Cone. Betty retired from Phillips Exeter Academy after 27 years. She lived most her life in Hampton before moving to RiverWoods in 2010, where she was very active and made many friends. She was known for her leadership and service in several organizations at RiverWoods and will be missed by all for her loving and giving nature. Betty shared 27 years of marriage with her late husband Howard W. Stickney former chief of the Hampton Fire Department who predeceased her in 2006. Surviving family includes her son, Randy Darling and his wife Marcy of Aurora, CO; daughter, Jan Moran and her husband Brian of Hampton; and her dear friend, George Miller of Exeter. In addition to her children she leaves two dearly loved grandchildren, Brittany Moran Molda and her husband Chris of North Berwick, ME; Christopher Moran of Lowell, MA; two great grandchildren Elizabeth and Gemma, along with several nieces and nephews. Betty was predeceased by her brother Roy Cone of Newark, VT and sister Lois Wilson of Fair Haven, Vt. Visiting hours will be held from 5-7 PM Monday, September 10, 2018 at the Remick & Gendron Funeral Home-Crematory, 811 Lafayette Road, Hampton. A graveside service will be at 11 AM Tuesday, September 11, 2018 in the High Street Cemetery, Hampton. Relatives and friends are respectfully invited. In lieu of flowers, donations may be made to the RiverWoods Boutique Scholarship Fund, payable to The RiverWoods Company, 5 White Oak Drive, Exeter, NH 03833.

The family of Elizabeth "Betty" Stickney created this Life Tributes page to make it easy to share your memories.