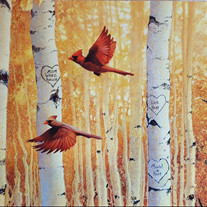 New Durham – Eloise Alice Aucoin, lovingly known as the "Weez," 59, of New Durham, passed away peacefully on Monday, April 2, 2018 at home with her beloved family at her bedside. She was born in Exeter on July 4, 1958 to the late Muriel R. (Lamott) Hunt. Weez was raised in Hampton Beach and attended Winnacunnet High before relocating to Exeter where she finished her schooling. She married the love of her life, Richard A. Aucoin Sr. in 1978 and she and Richard settled in Epping to raise their family. She had worked for the former Kingston-Warren Corporation of Newfields for over 25 years and with the National Passport Center in Portsmouth for the last 10 years. She and Richard moved to New Durham in 2002. To Weez, family was the most important part of her life and taking care of those she loved made her the happiest. She enjoyed camping, loved to dance and especially enjoyed fireworks on the beach at Sunrise Lake in Middleton every year on her July 4th birthday. Weez was always the life of the party and a true firecracker of a lady who loved making others laugh. She was also respected by her family and friends as being a strong-willed, straight shooting and tough woman when she had to be. In addition to Richard A. Aucoin, Sr., her husband of 40 years, family members include her son, Richard A. Aucoin, Jr. and his wife Sarah, her daughter, Lisa Rogers and her husband, Adam and her grandsons, Zack and Nick Aucoin and James Rogers, all of Middleton. She also leaves her siblings, Jim Hunt and wife Ginnie of Hampton, Michael Hunt and wife Carol of Berwick, ME, Bob Hunt and wife Julie of Plaistow, Tracey Daniels and husband, Michael of Merrimac, MA, Judy Towle and husband Joe of Farmington and Sue Doughty of East Kingston, her sister-in-laws Sandy Hunt of Houston, TX, Debbie Emond of Seabrook, Brother-In-Laws Ralph Aucoin of Strafford, Robert Aucoin of Seabrook, her aunt, Audrey Bouvard of Chicopee, MA, as well as many nieces, nephews, cousins and in-laws. She was predeceased by her mother, Muriel Hunt, her brother G. Lee Hunt and her in-laws, Arthur and Grace Aucoin. There will be a celebration of life to be held at 1 PM on Saturday, April 14th at 31 Greenough Road, Plaistow, NH. Private burial will be in the High Street Cemetery, Hampton. If desired in lieu of flowers memorial donations may be made to the Jimmy Fund, www.jimmyfundgiving.org.

New Durham &#8211; Eloise Alice Aucoin, lovingly known as the "Weez," 59, of New Durham, passed away peacefully on Monday, April 2, 2018 at home with her beloved family at her bedside. She was born in Exeter on July 4, 1958 to the late Muriel... View Obituary & Service Information

The family of Eloise "Weez" A. Aucoin created this Life Tributes page to make it easy to share your memories.

Send flowers to the Aucoin family.