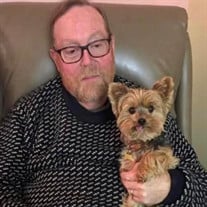 North Hampton, NH – Emile B. Chretien, V, 70, of North Hampton, passed away peacefully, Thursday, March 10, 2022 at Exeter Hospital with his wife by his side. He was born in Holyoke, MA, January 23, 1952 a son of the late and devoted loving parents, Emile B. and Dorothy (Peloquin) Chretien, IV. His mother and father both predeceased him in 2005. Emile shared 28 years of marriage with his best friend and wife Dorita “D-Snow” Chretien. They were together many years as best friends before marriage. Emile picked up his father’s trade as a technician and splicer and worked his way up to journeyman with the IEEW Union Local. He was the best in his trade for 35 years and retired from Verizon that was succeeded by Fairpoint. He enjoyed his M3 BMW then the Corvette Stingray while listening to the tunes of the Doors rock band. He also enjoyed his Harley Davidsons and later his BMW K 100 motorcycle. He loved his trips to Bermuda where he married the love of his life on May 14, 1994. Emile would always say “Another Day in Paradise”. That was his daily saying. I know he is in ‘Paradise’. The best husband, man, friend. In addition to his wife he leaves his stepson Jaymison Evans Snow of Rochester with his daughter Zoey Justice Snow his only grandchild. He also leaves his sister Suzanne Chretien Carey and her partner Joe Jugenheimer of Feeding Hills, MA, niece Katie Carey and her husband Mike Wolk and their daughters Maya and “Joey” Josephine of Florence, MA, niece and godchild Becky Fagan and her husband Matt Fagan with their son James and daughter Juliette of Andover, MA, his cousin Walter “Butch” Batchelor and his partner Jeanne Archambault of Chicopee, MA.. And of course Emile’s little Yorkie, his baby boy Leonardo. Our dear Helen Flynn passed in August 2021 so we became her “Leonardo” parents. We were and I am so grateful to have “Leonardo Flynn Chretien”. In addition to his parents he was predeceased by his sister Sheranne “Sandy” T. Chretien McCarthy formerly of Ellington, CT in 2014. I wish to thank the wonderful Exeter Hospital ICU. They figured out what was wrong with Emile. Dr. Paul K. Deranian a pulmonologist with the best nurses Mark and Lauren and Kate right at my side through the worse day ever. Also pulmonologist Dr. Richard D. Hollister and Dr. John Brennan, nurses Brie, Liz, and Sarah. I am sorry if I forgot a few names. You all were the best. Thank you! Private services will be held at the convenience of the family. Arrangements are by the Remick & Gendron Funeral Home-Crematory, Hampton.

The family of Emile B. Chretien, V created this Life Tributes page to make it easy to share your memories.