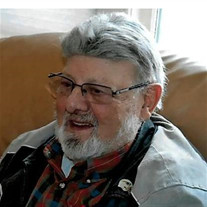 North Hampton – Emile F. Magri, 85, of North Hampton, formerly of Haverhill, MA, died Tuesday, January 9, 2019 at Massachusetts General Hospital in Boston, MA. He was born May 6, 1933 in Haverhill, MA the son of the late Emile and Cecelia (Flammia) Magri. Emile was raised and attended Haverhill schools graduating from Haverhill High School with the Class of 1952 where he earned all scholastic and all state in football. He also earned a football scholarship and attended Wake Forest University. He was a veteran serving with the US Marine Corps. Mr. Magri was an entrepreneur his whole life, businesses include taxi, dry cleaners, pizza, rental units and condominiums. A long running seasonal business including, pancake house, hotel and gift shops at Hampton Beach and York Beach, ME. He was a communicant of St. Theresa Church, Rye Beach, a member of the Haverhill Lions Club and the Sons of Italy in Haverhill. He enjoyed all New England sports teams especially the NE Patriots. He shared 60 years of marriage with his wife Marlene (Bradshaw) Magri. In addition to his wife, family members include, 5 children, Steven Magri and his wife Marilyn of North Hampton, Susan Hickey and her husband Kevin of York, ME, Linda Rutt and her husband Brad of Berwick, ME, Gina Schilling and her husband Robert of York, ME, Scott Magri and his wife Sharon of Rollinsford, 15 grandchildren, 10 great grandchildren, nieces and nephews. In addition to his parents he was predeceased by his sister Mildred Ferrara. Visiting hours will be from 5-8 P.M. Monday, January 14, 2019 at the Remick & Gendron Funeral Home-Crematory, 811 Lafayette Road, Hampton. A mass of Christian burial will be celebrated at 10 A.M. Tuesday, January 15, 2018 at St. Theresa Church, 815 Central Road, Rye Beach. Relatives and friends are respectfully invited. In lieu of flowers, donations may be made to Wounded Warriors Project PO Box 758517,Topeka, Kansas 66675-8517.

The family of Emile F. Magri created this Life Tributes page to make it easy to share your memories.

Send flowers to the Magri family.