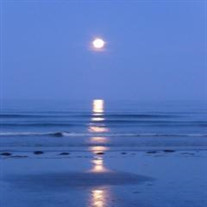 Exeter – Erna M. Seavey, 97, of Exeter, passed away peacefully on Thursday, February 23, 2017. She was born on November 8, 1919 in Stewiacke, Nova Scotia a daughter of the late Warren and Beulah (Meadows) Fulton. Erna was raised in Nova Scotia. She later moved to the United States, became a US citizen and graduated from the Shepard-Gill School of Practical Nursing. She lived and worked in Massachusetts, Maine, North Carolina and lastly New Hampshire, where she was an LPN at Portsmouth Regional Hospital for many years. Erna was a member of the Hampton United Methodist Church, where she volunteered at the food pantry. She enjoyed crafts and traveling around the world with her late husband, Allan E. Seavey. After Allen’s death she continued traveling, even taking a trip to Africa at the age of 89. She also volunteered at the Lane Library in Hampton for many years. She shared 21 years of marriage with her late husband Allan E. Seavey who predeceased her in1980. Family members include her step-children, Patricia Reynolds and her husband Warren of Wells, ME, Ralph Seavey of Alfred, ME, Evelyn Quimby and her husband Leland of Weare, Julia Curtis and her husband Chuck of Exeter and Stuart Seavey of Herkimer, NY; her sisters, Ruby McMahon and her husband Gary of Stewiacke, Nova Scotia and Edith Mitchell of Richmond, British Columbia; her many step-grandchildren, step-great grandchildren, step-great great grandchildren and several nieces and nephews. In addition to her parents and husband, Erna was predeceased by her siblings, Lloyd, Murray, Charles, Raymond, Dorothy and Rena. Visiting hours will be from 4 to 6 pm on Monday, February 27, 2017 in the Remick & Gendron Funeral Home-Crematory, 811 Lafayette Rd., Hampton. A memorial service will be held at 11 am on Tuesday in the Hampton United Methodist Church, 525 Lafayette Road, Hampton. Relatives and friends are respectfully invited. Burial will be private. In lieu of flowers, donations may be made to the Hampton United Methodist Church, 525 Lafayette Road, Hampton, NH 03842 or to a charity of one’s choice.

Exeter &#8211; Erna M. Seavey, 97, of Exeter, passed away peacefully on Thursday, February 23, 2017. She was born on November 8, 1919 in Stewiacke, Nova Scotia a daughter of the late Warren and Beulah (Meadows) Fulton. Erna was raised in Nova... View Obituary & Service Information

The family of Erna M. Seavey created this Life Tributes page to make it easy to share your memories.

Send flowers to the Seavey family.