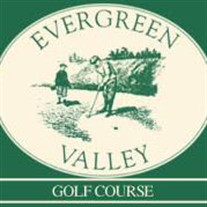 Newburyport – Ethel M. Vitale, 90, of Newburyport, formerly of Beverly, died Friday, January 1, 2016 at Beth Israel Hospital in Boston. She was born April 15, 1925 in Beverly a daughter of the late Giuseppe and Cecilia (Mazzio) Gangemi. Ethel graduated from Beverly High School and was the only female member of the cheerleading team. She raised her family while living in Beverly and has made her home in Newburyport the past 15 years. Mrs. Vitale was the owner and operator of the Evergreen Valley Golf Course in Newburyport since it opened 20 years ago and was active in the operation of the golf course right up until her death. She enjoyed golfing, cooking, the New England sports teams, horse racing and in her earlier years dancing. She was the wife of the late Salvatore F. Vitale, Jr. Family members include, two sons, Anthony Vitale of Amesbury, Francis Vitale of Salisbury, two daughters, Ethel Gordon of Peabody, Donna Koen of Newburyport, eight grandchildren, her sister, Ida Rennicks of Salem and several nieces and nephews. In addition to her husband, she was predeceased by two sons, Steven and Joseph Vitale her brothers, Nick and Anthony Gangemi and her sister, Sarah Harrison. A mass of Christian burial will be celebrated at 11 A.M. Friday, January 8, 2016 at St. Mary Star of the Sea Church, 253 Cabot Street, Beverly. Relatives and friends are respectfully invited. Assistance with the arrangements was by the Remick & Gendron Funeral Home-Crematory, Hampton, NH.

The family of Ethel M. Vitale created this Life Tributes page to make it easy to share your memories.