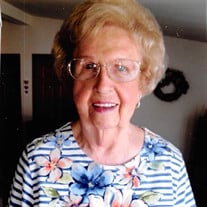 Dover – Evelyn G. Daniels, 89, of Dover, formerly of Portsmouth and Rye, passed peacefully at the Edgewood Centre in Portsmouth on Friday, September 25, 2020 with her beloved family at her bedside. She was born October 29, 1930 in Sanbornville, a daughter of the late Edmund S. and Hazel (Reed) Howe. Evelyn’s family moved to Portsmouth when she was 10 years old. She attended Portsmouth schools and was a member of the Central Baptist Church. Evelyn met and married the love of her life, her late husband, James A. Daniels in 1957, and the couple settled in Portsmouth. Jim was an Air Force man so they moved often and had spent some time at Sandia Air Force Base in Albuquerque, NM where there children were born, and also at Andrews Air Force Base outside of Washington, DC. Upon Jim’s retirement in 1968, he and Evelyn returned to the NH seacoast and built a home in Rye where they lived for the next 33 years. Evelyn worked as a waitress at Ray’s Seafood Restaurant in Rye for 30 years, retired, and moved to Dover in 2001. In their retirement years, she and Jim wintered in St. Petersburg, FL and enjoyed the summers in their camper up at Bow Lake with their family. Evelyn was an active volunteer at Wentworth Douglass Hospital and was awarded the 2012 Spiritual Care Award from the hospital for the many crocheted blankets she had made for terminally ill patients. Evelyn is survived by her daughter, Bonnie Frost of North Hampton, her son, Mark S. Daniels and his wife Laurie of Arundel, ME; her brother Willis E. Howe of Keene; her sister, Peggy Abbott and her husband Bob f Rochester; her grandchildren, Buck Frost and his wife Suzie, Krissy Sawyer and Mark Daniels and her great grandchildren, Grace, Daniel, Alex, Sophia and Molly. She also leaves several nieces and nephews and many dear friends. In addition to James A. Daniels, her husband of over 43 years who died in 2001, she was predeceased by her stepson, James Daniels, her brothers, Edwin E., Arthur R., Carlton S. and Dennis A. Howe and her sisters, Doris B. Young and Eunice M. Jameson. Services will be private, masks are required. Evelyn had made it her wish that in lieu of flowers, donations be made to the Beacon Hospice an Amedisys Company 25 New Hampshire Ave. Suite 272 Portsmouth, NH 03801 or to the Disabled American Veterans State House, Room 546, Boston, MA 02133.

Dover &#8211; Evelyn G. Daniels, 89, of Dover, formerly of Portsmouth and Rye, passed peacefully at the Edgewood Centre in Portsmouth on Friday, September 25, 2020 with her beloved family at her bedside. She was born October 29, 1930 in Sanbornville,... View Obituary & Service Information

The family of Evelyn G. Daniels created this Life Tributes page to make it easy to share your memories.

Send flowers to the Daniels family.