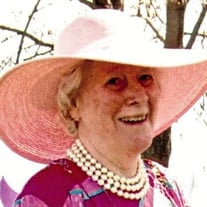 Durham – Evelyn J. Sullivan, 92, of Durham, formerly of Hampton, died Monday, March 6, 2017 at Brookdale Sprucewood in Durham. She was born in Somerville, Mass., July 22, 1924, the daughter of the late Lawence A. and Gertrude E. (Hanlon) Dewire. She was a 1942 graduate of Notre Dame Academy in Boston and a 1946 graduate of Emanuel College. Mrs. Sullivan also resided in Cambridge, and Needham, Mass., before moving to Hampton in 1998 where she had been a life long summer resident. Mrs. Sullivan was a teacher in the Somerville Public Schools and later in St. Joseph’s School in Needham. She was a communicant of Our Lady of the Miraculous Medal Parish. She shared 64 years of marriage with John F. “Jack” Sullivan. In addition to her husband, family members include three sons, Mark F. Sullivan and his wife Michelle of Dover, Peter J. Sullivan, and his wife Susan of Worcester, Mass., and Michael D. Sullivan and his wife Kimberley of Hopkinton, Mass., eight grandchildren, Bridget, Beth, Jacob, Eric, Owen, Cole, Shaun and Amanda; her brother, Thomas A. Dewire of San Diego, CA, many nieces and nephews. A mass of Christian burial will be celebrated at 11 A.M. Wednesday, March 15, 2017 at St. Elizabeth Church, Route 1A & Lowell Street, Seabrook Beach. In lieu of flowers, donations may be made to Sacred Heart School, 289 Lafayette Road, Hampton, NH 03842. Arrangements are by the Remick & Gendron Funeral Home-Crematory of Hampton.

The family of Evelyn J. Sullivan created this Life Tributes page to make it easy to share your memories.