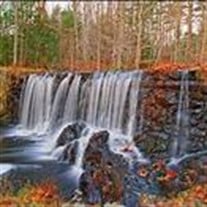 Hampton Falls – Francis J. “Frank” Ferreira, Jr., 80 of Hampton Falls, died August 11, 2019 at his home after a period of failing health. He was born November 18, 1938 in Salem, MA a son of the late Francis J. and Catherine V. (Holland) Ferreira. Frank graduated from Holton High School in 1956, Salem Teacher’s College in 1960 and received his master’s degree from Salem State College in 1962. He was employed at Pentucket Regional Jr. High School for 25 years retiring in 1986. Frank served the town of Hampton Falls as a selectman for 10 years, treasurer and auditor for 10 years and as supervisor of the checklist. He made his home here since 1964. In his earlier years he enjoyed hunting and fishing. He shared 59 years with his wife Anne M. (Archambault) Ferreira. In addition to his wife, family members include two daughters, Cathrina Skov and her husband Valdemar of Waldoboro, ME, Gretchen Ferreira of Thomaston, ME, his brother Daniel Ferreira of Newburyport, MA, two sisters, Mary-Louise Piper of Beverly, MA, Catherine Snow of NC, two grandchildren, two great grandchildren, nieces and nephews. In addition to his parents he was predeceased by his son Jonathan Ferreira in 1982. Family and friends may gather from 1-3 PM on Sunday September 15, 2019 at the Hampton Falls Town Hall, 1 Drinkwater Road, Hampton Falls. A private graveside service was held in Brookside Cemetery, Hampton Falls. Arrangements are by the Remick & Gendron Funeral Home-Crematory, Hampton.

The family of Francis J. Ferreira, Jr. created this Life Tributes page to make it easy to share your memories.