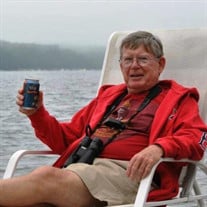 North Hampton – Francis Brian “Buz” Kelley, 84, of North Hampton and formerly of Worcester, MA, passed away after a sudden illness on Tuesday, April 27, 2021 while wintering in Ft. Meyers, FL. He was born in Worcester on November 5, 1936, the son of the late B. Frank and Mildred (Shea) Kelley and shared over 61 years of marriage with his wife, Marion (Dixon) Kelley of North Hampton. Raised in Worcester, Buz graduated from South High School with the Class of 1955. He and his beloved Marion were high school sweethearts and they married in 1960, just after Buz graduated from Worcester Poly Tech with his degree in electrical engineering. He honorably served his country as a 2nd Lieutenant with the United States Army and upon his discharge, he and Marion settled in Watertown, MA for a few years. The young couple moved to Rye in 1964 when Buz took a position with the Portsmouth Naval Shipyard. In 1967, they purchased their home in North Hampton where they raised their family and lived until the time of his death. After retiring from the shipyard in 1994, he worked for ADI Technology Corp of Dover until his second retirement in 2001. While in North Hampton, Buz was an EMT with the North Hampton Volunteer Ambulance Corps, served on the Town Conservation Committee and was a faithful member of the United Church of Christ. Buz stayed active in his retirement years, playing pickle ball with his North Hampton group and playing tennis and pickle ball in Ft. Myers. One could often find Buz sitting outside with binoculars around his neck, watching for anything with 2 wings to fly by, a field guide book open on his lap, and a cold beer nearby. In addition to Marion, he is survived by his children, Sarah O’Brien of North Hampton, Sean Kelley and his wife, Cara of Hampton and Rebecca Kelley Guimont of Bedford. He also leaves his grandchildren, Donnie and Kevin O’Brien, Morgan, Hannah, Nathaniel and Grayson Kelley, Kelley, Delaney, David and Shea Guimont and his great grandson Jackson O’Brien. He was predeceased by his sisters, Margaret McNamara, Kathleen Rano and Noreen Leary. Friends are invited to services starting at 1 PM on Saturday, May 22, 2021 at the United Church of Christ in North Hampton. Masks are mandatory and social distancing must be maintained. Burial will be private. In lieu of flowers, memorial donations may be made to the United Church of Christ, 289 Atlantic Avenue, North Hampton, NH 03862.

The family of Francis B. "Buz" Kelley created this Life Tributes page to make it easy to share your memories.

Send flowers to the Kelley family.