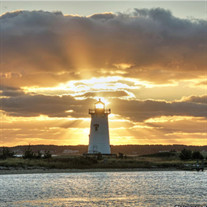 Hampton – Franklin D. Still, 85, of Hampton, died Sunday, November 7, 2021 at Exeter Hospital. He was born in Philadelphia, PA June 21, 1936 a son of the late John and Ida May (Moore) Still. Mr. Still was a veteran serving with US Marine Corps. He worked in construction and then later in security and retired from the Exeter School System after working as a custodian for 10 years. He was a resident of Hampton since 1962 coming from Pennsylvania. He shared 54 years of marriage with his wife the late Janet (Brooks) Still who predeceased him in 2016. Family members include four sons, Larry Worley of Poland Springs, ME, Donn Worley of Tallahassee, FL, Dixon Worley of Dover, Franklin Still of Worcester, Mass., two daughters, Lucienne A. Spainhower of Hampton, Valerie Eaton of East Wakefield, NH, 14 grandchildren, many great grandchildren and great great grandchildren, and his brother William Still., George and John Still. In addition to his wife and parents he was predeceased by his brothers George and John Still. A private celebration of his life will be held at the convenience of the family. If desired, donations may be made to the New Hampshire, S.P.C.A. P.O. Box 196, Stratham, NH 03885. Arrangements are by the Remick & Gendron Funeral Home-Crematory, Hampton.

The family of Franklin D. Still created this Life Tributes page to make it easy to share your memories.

Send flowers to the Still family.