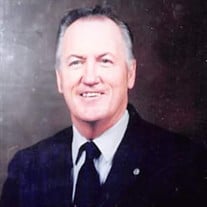 Exeter, NH - Frederick D. Carroll, 86, of Exeter, and formerly of Hampton, and Seabrook, passed away Thursday, April 21, 2022 peacefully in his sleep after several years of failing health with his wife Kathy by his side. He was born May 11,1935 in Waltham, MA, the son of Mary ES Carroll and Col. John A Carroll of Nashua, NH. He leaves his best friend and wife of forty-three years, Kathleen (Driscoll) Carroll of Exeter. Fred also leaves his four children, Arlene Cormier (Gene) of Fitchburg, MA, Susan Carroll of Waltham, MA, Patricia Malone (Joe) of Clinton, MA and Steve Carroll (Kristine) of Bedford, MA, three step children, Michael Driscoll (Paula) of Phoenix, AZ, Mark Driscoll of Hampton and Lea Skinner of Hampton. He leaves 9 grandchildren; Cassandra, Michael, Savanna, Sabrina, Samantha, Joey, Kayla, Brittany & Matthew. Fred was extremely proud of his grandchildren but, especially of Mathew who is a Marine Corps veteran. He also leaves 7 great grandchildren and several nieces and nephews. He was pre-deceased by his brothers; Richard (Dick) Carroll of MA and John (Jack) A Carroll and wife Betty of Texas, sisters; Barbara Di Fonzo and husband Frank of MA and sister Joan Norton and husband Tom of MA. Fred was extremely proud of his four years in the Air Force, where he developed a love for working around aircraft. Fred turned down a chance to further his military career to return to his hometown. He attended Wentworth Institute and later worked for NASA followed by a career with the FAA at Logan Airport. After retiring from the FAA, he worked at several jobs in the seacoast area until his retirement at age 70. He was a lifelong fan of the New England Patriots, Red Sox, Bruins and Celtics. He was also a lifelong member of The Hampton's American Legion Post 35, Sampson Airbase Veterans and National Federal Employees. Fred was a communicant of Our Lady of the Miraculous Medal Catholic Church of Hampton. Visitation will be from 9:30 to 11:30 am on Wednesday, April 27, 2022 in the Remick & Gendron Funeral Home – Crematory, 811 Lafayette Rd., Hampton, NH. A Mass of Christian Burial will be celebrated at 12 PM following the visitation at Our Lady of the Miraculous Medal Church, 289 Lafayette Rd., Hampton, NH. Burial will be in the High Street Cemetery, Hampton.

Exeter, NH - Frederick D. Carroll, 86, of Exeter, and formerly of Hampton, and Seabrook, passed away Thursday, April 21, 2022 peacefully in his sleep after several years of failing health with his wife Kathy by his side. He was born May 11,1935... View Obituary & Service Information

The family of Frederick D. Carroll created this Life Tributes page to make it easy to share your memories.

Send flowers to the Carroll family.