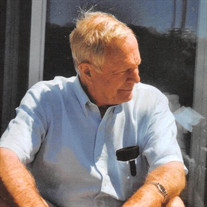 Kittery, ME &#8211; Garrison N. &#8220;Garry&#8221; Valentine, 91, passed away peacefully at Durgin Pines in Kittery, ME on Saturday, September 5, 2020. His final weeks were full of warm and healing connections with family and friends through... View Obituary & Service Information

The family of Garrison N. Valentine created this Life Tributes page to make it easy to share your memories.