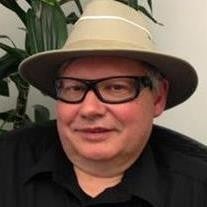 Gary E. Moore Hampton – Gary E. Moore, 64, of Hampton, died February 12, 2016 at his home after a sudden illness. He was born October 2, 1951 in Amesbury, Mass., a son of the late Fred S. and Clara (Jones) Moore. Gary was raised in Seabrook. He was educated in Amesbury through the Seventh Day Adventist Church education curriculum and later at Greater Boston Academy a private Christian school in Stoneham, Mass. Gary graduated from Atlantic Union College in South Lancaster, Mass., received his Bachelor’s Degree from Walla Walla University, College Place, WA and his Master’s Degree in Physics and Meteorology from Massachusetts Institute of Technology, Cambridge, Mass.. He was presently employed as a senior meteorologist beginning with Earth Tech that succeeded to present day Aecomm. He was dedicated and persevered at his work, helping to clean up the air we breathe. Gary was very passionate about the environment, leaving his mark through his research and tireless dedication to helping people. He recently started his own small consulting business Aerokinetics. He leaves four sons, Corwin Moore of Newmarket, Eric, Max and Nicholas Moore all of Hampton, two grandchildren, Aiden and Damien, his brother, Robert Moore and his wife Jean, his sister, Evelyn Fowler all of Seabrook, his aunt, Sylvia Gove of Florida, and his uncle, Thomas Moore and wife Barbara of Lynn, Mass. A celebration of Gary's life will be held at 11 A.M. Saturday, March 12, 2016 at the Remick & Gendron Funeral Home-Crematory, 811 Lafayette Road, Hampton. Relatives and friends are respectfully invited.

The family of Gary E. Moore created this Life Tributes page to make it easy to share your memories.