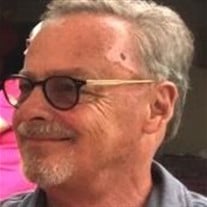 North Hampton – George L. Burnet, Jr., 66, of North Hampton, died Tuesday, December 4, 2018 at Hyder Family Hospice House in Dover after a battle with pancreatic cancer. He was born July 28, 1952 in Glen Ridge, New Jersey, a son of the late George and Annette (Bergman) Burnet. George spent his early years in New Jersey and later moved to Southborough, MA. He attended Quinsigamond Community College in Worcester, MA. He began a career in fork lift equipment as a parts specialist and later sales representative before moving into management and executive management positions. He was the founder and owner of his family business, Taylor New England Equipment a fork lift dealership in North Hampton for the past eight years. George made his home in North Hampton the past seven years coming from Windham where he raised his family and resided for 32 years. He was an avid car enthusiast, a member of the Porsche Club of America, enjoyed his motorcycle, cooking, photography, scuba diving, golfing, hiking and traveling. He shared 46 years of marriage with his wife, Sandra (Robinson) Burnet. In addition to his wife, family members include two daughters, Wendy Steadman and her husband Drew of Rye, Kelly Burnet and her partner Josh Luterman of St. Louis, MO, two grandchildren, Charlotte and Campbell Steadman, one brother, three sisters, nieces and nephews. Visiting hours will be from 4-8 P.M. Saturday, December 8, 2018 at the Remick & Gendron Funeral Home-Crematory, 811 Lafayette Road, Hampton. Friends are respectfully invited. Private services and burial will be at the convenience of the family. In lieu of flowers, donations may be made to , FHFHH, Friends of the Hyder Family Hospice House 285 County Farm Road, Dover, NH 03820.

The family of George L. Burnet, Jr. created this Life Tributes page to make it easy to share your memories.