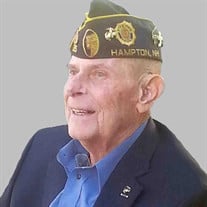 Stratham - George S. Masten, 83, Stratham, died peacefully on September 24, 2016 after a long illness. He served proudly as a Staff Sergeant with the U.S. Marine Corps, in both the Korean and Vietnam wars, with over 14 years of military service. He was the recipient of the Purple Heart. George was a friend to many and supported local veterans’ causes. Hampton residents who attended national remembrances and parades may remember George as the honor guard commander for more than 25 years representing Hampton’s American Legion Post 35. Born in Watertown, NY, November 9, 1932, George was the son of the late Edward and Cecile Masten. He graduated from Amherst High School in Amherst, NH in 1950. He attended the University of New Hampshire before joining the Marines. After leaving the service he worked as a plumbing mechanic in the commercial and residential pool business. George leaves his sister Mary Louise Benson of Sunnyvale, CA, his three children, Jill Iuliano of Waltham, MA, Lisa Masten of Newington, CT, and Jeffrey Masten of Durham, NC, and seven grandchildren. He also leaves many decades’ long military brethren, Marine, Army, Air Force, Navy or Coast Guard, from Maine to California, who sadly say good-bye to a beloved veteran compatriot. The family would like to thank his many friends and local veterans who supported George during his illness. A very special thanks to David and Susan Marinelli, Jane DeCourcy, John Barvernik, Joseph Kutt and his caregiver Josephine Annis. Visiting hours will be from 2:00 – 3:30 PM Friday, September 30, 2016 at the Remick & Gendron Funeral Home-Crematory, 811 Lafayette Road, Hampton, followed by a graveside service at 4:00 pm at Center Cemetery, Post Road, North Hampton. Relatives and friends are respectfully invited. In lieu of flowers, please donate to the Hampton American Legion Post 35, 69 High St., Hampton, NH 03842.

Stratham - George S. Masten, 83, Stratham, died peacefully on September 24, 2016 after a long illness. He served proudly as a Staff Sergeant with the U.S. Marine Corps, in both the Korean and Vietnam wars, with over 14 years of military service.... View Obituary & Service Information

The family of George S. Masten created this Life Tributes page to make it easy to share your memories.

Send flowers to the Masten family.