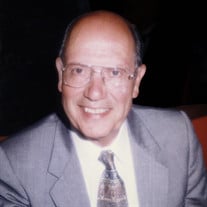 North Hampton, NH – George C. Savramis, was a longtime resident of Portsmouth and most recently of North Hampton. He passed away peacefully at the age of 86. Born to Charles and Elizabeth Savramis in Portsmouth, NH, he was the youngest of three siblings. His parents were immigrants from Greece and settled in downtown Portsmouth. George graduated from Portsmouth High School where he began to display his skills as an outstanding craftsman, winning 1st place in a wood carving competition. After graduation he served in the US Navy. Upon his honorable discharge, he began a long career at Portsmouth Naval Shipyard while earning an Associate Degree in Engineering Technology from NH Vocational Technical Institute. Upon his retirement from Portsmouth Naval Shipyard, he began his second career installing custom kitchens and bathrooms throughout the Seacoast area. He also built his retirement home on Lang Road in Portsmouth. In addition to being a skilled craftsman, George was known to be an exceptional pool player, winning several local tournaments. In retirement he enjoyed golf and was thrilled when he scored a hole in one. George strongly believed in public service and in addition to his military and civil service career he volunteered his time serving on many local boards and organizations including both the Board of Adjustment and Planning Board for the City of Portsmouth, The Parish Council of Saint Nicholas Greek Orthodox Church in Portsmouth, and the American Hellenic Educational Progressive Association (AHEPA). One of George’s most notable volunteer efforts was the construction of the hand carved altar doors inside Saint Nicholas Greek Orthodox Church, which he faithfully worked on most evenings and weekends for six months until completed. George was a loving and dedicated family man. He is survived by his wife of 60 years Daphne Savramis, daughter Elizabeth and her husband Matthew Nastasia of Hampton, son Dean Savramis and his wife Nikki of Portsmouth, four grandchildren Matthew, Michael and Erica Nastasia, and Reno Savramis, sisters Katina Athans of Portsmouth, and Phyllis Pantelas and her husband Peter of Saco, ME., and sister in law Esther Lilakos of Sacramento, CA. He is predeceased by two brothers-in-law, Alexander Athans of Portsmouth and George Lilakos of Sacramento, CA. He will be truly missed by all who knew and loved him. There will be no calling hours. Funeral Services will be held on Saturday, August 3, 2019 at 11 am at Saint Nicholas Greek Orthodox Church, 40 Andrew Jarvis Drive, Portsmouth, NH. Burial will follow at the South Cemetery, Portsmouth. Family and friends invited. If one wishes, donations in his memory can be made to the St. Nicholas Greek Orthodox Church Endowment Fund, 40 Andrew Jarvis Drive, Portsmouth, NH. 03801.

North Hampton, NH &#8211; George C. Savramis, was a longtime resident of Portsmouth and most recently of North Hampton. He passed away peacefully at the age of 86. Born to Charles and Elizabeth Savramis in Portsmouth, NH, he was the youngest... View Obituary & Service Information

The family of George C. Savramis created this Life Tributes page to make it easy to share your memories.

Send flowers to the Savramis family.