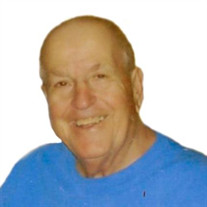 North Hampton – Harry Sacco, 81, of North Hampton formerly of New London, CT and White River Junction, VT died peacefully on Thursday, March 30, 2018 at Portsmouth Reginal Hospital. He was born September 16, 1936 in Ticonderoga, NY a son of the late James and Armelinda (Scrimo) Sacco. Harry was raised in White River Junction, where he graduated from Hartford High School with the Class of 1955, excelling in both basketball and baseball. He was employed as an office manager at Electric Boat in Groton, CT for 35 years. After his retirement he returned to White River Junction and in 2010 made his home in North Hampton. He leaves his twin brother, Jerry Sacco of Queensbury, NY; another brother, James Sacco of Auburn, Mass.; his sister, Marietta Guthrie of North Hampton; many nieces, nephews and cousins and several great nieces and nephews. He was predeceased by three brothers, Andrew, Anthony and Louis Sacco and his sister, Philomena Sacco. There will be no visiting hours. A mass of Christian burial will be celebrated at 1 PM on Saturday, April 7, 2018 in Our Lady of the Miraculous Medal Church, 289 Lafayette Road, Hampton. Burial will be at 1 PM on Monday, April 9, 2018 in the Mount Olivet Cemetery, Hartford, VT. In lieu of flowers, donations may be made to David’s House, 461 Mt. Support Road, Lebanon, NH 03766.

The family of Harry Sacco created this Life Tributes page to make it easy to share your memories.

Send flowers to the Sacco family.