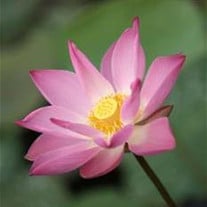 Hampton- Helen A. Robinson, 88, formerly of Hampton and Beverly, MA, passed away peacefully on October 17, 2018 after a lengthy battle with Alzheimer’s dementia. She shared 50 years of marriage with her husband the late Whitney B. Robinson who predeceased her in 2004. Helen was born in Beverly, MA December 17, 1929 a daughter of the late Thomas and Catherine (Kelly) Dean. She graduated from Beverly Middle School and Beverly High School. Helen worked as a teller at Citizens Bank in Hampton for over 30 years until her retirement in the late 1980s. After living in Beverly for many years, she and Whitney moved to Hampton on Woodland Road and resided there for over 35 years. Helen will be missed, she was known for her sense of humor, kind ways and her love of animals. She leaves her grandson Dean William Robinson, daughter-in-law Kathleen M Robinson and numerous nieces and nephews. In addition to her husband she was predeceased by her son, Harry D. Robinson and siblings, Edward, Harold, and twins Jack and Tom. A graveside service will be held at 11 AM Saturday, October 27, 2018 in the Hamilton Cemetery 624 Bay Road, across the street from the First Congregational Church of Hamilton, MA. Relatives and friends are respectfully invited. If desired memorial donations may be made to New Hampshire S.P.C.A., P.O. Box 196, Stratham, NH 03885. Arrangements are by the Remick & Gendron Funeral Home-Crematory, Hampton.

Hampton- Helen A. Robinson, 88, formerly of Hampton and Beverly, MA, passed away peacefully on October 17, 2018 after a lengthy battle with Alzheimer&#8217;s dementia. She shared 50 years of marriage with her husband the late Whitney B. Robinson... View Obituary & Service Information

The family of Helen A. Robinson created this Life Tributes page to make it easy to share your memories.

Hampton- Helen A. Robinson, 88, formerly of Hampton and Beverly,...

Send flowers to the Robinson family.