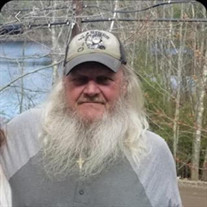 Hampton – Henry F. Ott, Jr., 62, of Hampton, formerly of Derry, died suddenly Monday, April 5, 2021 after being stricken ill at his place of work in Raymond. He was born in Somerville, MA February 28, 1959 a son of the late Henry F. and Dorothy M. (Peters) Ott. Henry was raised in Hampstead and graduated from Pinkerton Academy in Derry. He was employed as a machinist at Magnum Machine, Inc. in Raymond for over 28 years. He took pride arriving early in the morning before other employees getting ready for the day’s work. He was a hard worker, compassionate man and would give you the shirt off his back. His grandchildren were most important to him and he enjoyed his Harley Davidson motorcycle. He made his home in Hampton the past 7 years coming from Derry. He leaves five children, Christopher Zanca and his fiancé Crystal Perry and their son Tyler of Derry, Amanda Zanca and her boyfriend Steven Hook and her children Noah and Aliyah of Clinton, MA, Brianna DeLuca and her husband Jon and their children Jaidyn, Paisley and Hadley of Northwood, Holly Ott and her fiancé Nate Eaton of Newmarket, Matthew Ott of Hampton, his brothers, Robert Ott of Hampstead, Paul Ott of Sandown, Stephen Ott of Hampton, his sister Diane Rolfe and her husband Brent of Buxton, ME, the mother of his children Patti Ott of Northwood, several nieces and nephews. In addition to his parents, he was predeceased by his brother William Ott, his sister Katherine Maillet,sister-in-law Anna Ott and wife Mary. Visiting hours will be from 4-7 P.M. Friday, April 9, 2021 at the Remick & Gendron Funeral Home-Crematory, 811 Lafayette Road, Hampton. Relatives and friends are respectfully invited. Services will be private. Arrangements are by the Remick & Gendron Funeral Home-Crematory, Hampton.

The family of Henry F. Ott, Jr. created this Life Tributes page to make it easy to share your memories.