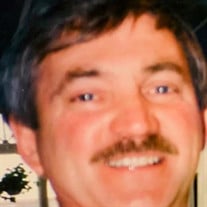 North Hampton – Howard Thomas “Tom” Eckert, 86, passed away peacefully at his home on Thursday, March 5, 2020 with devoted and loving family at his side. Tom was born in Michigan City, IN on January 24, 1934, a son of the late Roy and Eva (Rice) Eckert Kuczmaul. He and his beloved wife, Shirley L. (Townsend) Eckert, recently celebrated 65 wonderful years together. Tom was raised in Michigan City and enlisted in the United States Coast Guard after high school. While stationed in Portland, ME he met and fell in love with Shirley and upon his discharge from the Coast Guard, the young couple returned to Indiana to raise their family. He worked as an electrician for many years with the International Brotherhood of Electrical Workers and in 1983, relocated his family to North Hampton with the construction of the Seabrook Nuclear Plant. He never stopped working and in the early 1990’s he started his own business, Eckert’s Quality Heating of North Hampton which he operated up until falling ill. Not one to sit still; Tom built many homes throughout the seacoast area and in Indiana. He also held his private pilot’s license and enjoyed traveling, camping, hiking and gardening. In addition to Shirley, Tom is survived by his daughters, Debra Mercier and her husband, Thomas of Limerick, ME and Darlene Wolfe and her husband, Michael, of North Hampton, his 7 grandchildren, Tommy and Carrie Weber, Brian Reed, Amy Sancoff, Jonny Wolfe and Michael and Laura Arndt. He also leaves 15 great grandchildren and his brother, Dan Eckert and his wife, Becky of Arkansas. He adored his daughters and absolutely cherished his grandchildren. He will be sadly missed by his family and many, many friends. Tom was predeceased by his brothers, Roy and Robert and his sisters, Irene, Ruth, and Jeanette. Services will be held at a later date. Arrangements are by the Remick & Gendron Funeral Home-Crematory, Hampton. In lieu of flowers, donations can be made to the American Heart Association/American Stroke Association, PO Box 417005 Boston, MA 02241-7005

The family of Howard T. "Tom" Eckert created this Life Tributes page to make it easy to share your memories.

Send flowers to the Eckert family.