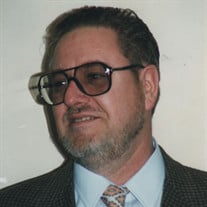 Brentwood – J. Richard “Dick” LeJeune, Sr., 80, of Brentwood and formerly of Seabrook and Lynn, MA, passed away peacefully on Thursday, May 5, 2022 at the Rockingham County Nursing Center in Brentwood where he had been living since falling ill. He was born in Lynn, MA on February 11, 1942, a son of the late Arthur and Diana (Thibodeau) LeJeune. Dick was raised in Lynn. He enlisted in the United States Navy when he was 17 years old and honorably served his country for 4 years onboard the USS Caloosahatchee (AO-98). He met and married the love of his life, Bernice “Bonnie” Mulcahy in 1964, they settled in Lynn to raise their family, and eventually relocated to Seabrook in 1987. Dick worked for General Electric as a water chemist for over 29 years and retired in 1999. He had also managed the Shoreline Liquor Store in Swampscott for several years and enjoyed his time playing softball for the Lynn Jaycees. In their retirement years, Dick and Bonnie spent the winters in Ridge Manor, FL as well as an annual trip in August to their condo at Attitash Mountain. Dick could fix and build anything and would always be there for family and friends whenever needed. Dick was a skilled woodworker and hand-built 3 boats, one of which, his favorite, remains in the family today. Dick loved striper fishing and spent many hours on his boat in Newburyport Harbor. In addition to woodworking and fishing, Dick enjoyed reading, watching wrestling, and building huge bonfires in his backyard. Dick is survived by his children, Ian and his wife Vanessa of Brentwood, Joseph Jr., of Seabrook and Sarah Vanetzian and her fiancé Steven Krzywicki of Malden, MA. He also leaves his grandchildren; Chantal, Tyler, Jonathan, Ian Jr. and Vienna, his great grandchildren; Calhan, Logann and Arthur and his sisters, Catherine Best, Cecelia Williams and Bernadette Van Nest. Dick was predeceased by his beloved wife Bonnie, his brother Michael, and his sister Marguerite Carlson Visiting hours will be from 5 to 7 PM on Thursday, May 12, 2022 in the Remick & Gendron Funeral Home – Crematory, 811 Lafayette Rd., Hampton. Services will be held in the funeral home on Friday at 11 AM with burial to follow in the Hillside Cemetery, Seabrook. In lieu of flowers, please donate to the Semper Fi Fund, an organization near and dear to Dick’s heart for the help they provided the family when Ian was injured in Iraq. Visit https://semperfifund.org/donate/

Brentwood &#8211; J. Richard &#8220;Dick&#8221; LeJeune, Sr., 80, of Brentwood and formerly of Seabrook and Lynn, MA, passed away peacefully on Thursday, May 5, 2022 at the Rockingham County Nursing Center in Brentwood where he had been living... View Obituary & Service Information

The family of J. Richard "Dick" LeJeune Sr. created this Life Tributes page to make it easy to share your memories.

Send flowers to the LeJeune family.