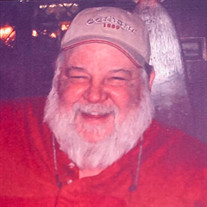 Lee – James P. “Jimbo” Dowhan, 63, of Lee, passed away peacefully on Tuesday, June 1, 2021. He was born in Burlington, VT on January 27, 1958 a son of Leslie (Page) Dowhan of Rye, and the late Richard Dowhan. Raised in Granby, CT, he graduated from Granby High School with the Class of 1976. Following graduation he enlisted in the United States Army and proudly served 4 years in Germany, where he met his true love and wife of 40 years, Goldena (Blankenship) Dowhan. Returning to the states they settled in the NH seacoast where he started working at Abenaqui Carriers in North Hampton as a mechanic, working his way up to shop foreman. His strong belief in the second amendment inspired him to build, own, and operate Bear Arms LLC. Jimbo was a member of the Epping American Legion Post 51 and Major Waldron’s in Barrington. At Major Waldron’s he utilized his certified training to instruct NRA classes and 4-H Shooting Sports. An avid outdoorsman he enjoyed fishing, camping, riding four wheelers and hunting. In addition to his mother and wife, surviving family members include his two daughters, Racheal Glazier and her husband Travis of Kittery, ME and Rebecca Dowhan of Lee; siblings, Nancy Shillingford and her husband Horsford of St. Marteen, David Dowhan of New Orleans, LA and Carole Blankenship and her husband David of Ashdown, AR; grandchildren, who knew him as “Papa,” Ella-Mae, Harli, and Derek James Dowhan; several nieces, nephews, cousins, aunts, uncles and many valued friends. Visiting hours will be held from 1 – 4 PM on Sunday, June 6, 2021 in the Remick & Gendron Funeral Home-Crematory, 811 Lafayette Road, Hampton, NH 03842. A graveside service will be held at 11 AM on Monday in the Central Cemetery, Rye. Relatives and friends are respectfully invited. In lieu of flowers, donations may be made to The Wounded Warrior Project, specifically Warriors at 45 North, P.O. Box 132, Pittsburg, NH 03592-0132.

The family of James P. "Jimbo" Dowhan created this Life Tributes page to make it easy to share your memories.

Send flowers to the Dowhan family.