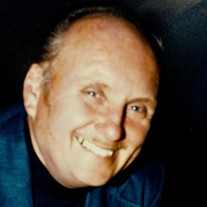 Kensington – James C. Falconer, 97, of Kensington, formerly of Seabrook, died Friday, June 12, 2020 at Exeter Hospital. He was born in Newburyport, MA January 28, 1923 a son of the late James and Lucinda (Chase) Falconer. Jim graduated from Amesbury High School with the Class of 1941 and attended the University of New Hampshire for several years studying law. He was a veteran of WW II serving with the US Army and was the recipient of the Purple Heart. Jim was employed as a foreman - pipe fitter at the Portsmouth Naval Shipyard in Shop #56 retiring in 1978 with 37 years of service. He served as a union organizer for the Federal Government of Employees traveling extensively. He served as selectman in Seabrook three separate terms 1958-1964, 1978-1980 and 1983-1985 as welfare agent from 1986-1994 and on the board of adjustment from 1986-1995. He was on the cable committee from 1992-1994 and was clerk of courts for Hampton District Court in the early 1970’s. He was a member of the Trinity United Church in Seabrook, Raymond E. Walton American Legion Post 70, AM Veterans Post #2006 in Leesburg, FL where he wintered for 37 years and was a member of St. James Lodge #102 F. & A.M. of Hampton. He made his home in Seabrook from 1946 to 1994 when he moved to Kensington. This coming September he would have shared 74 years of marriage with his wife Doris (Yell) Falconer. In addition to his wife, family members include three daughters, Jean Falconer of Seabrook, Carol Falconer and her wife Judith Moseley of Ipswich, MA, Cynthia Coletti and her husband Ronald of Leesburg, FL, 8 grandchildren, 11 great grandchildren, and many great great grandchildren. He was predeceased by his brother Charles. A graveside service for family members will be held at 10 A.M. Monday, July 13, 2020 in the Hillside Cemetery, Seabrook. In lieu of flowers, donations may be made to Trinity United Church, P.O. Box 635, Seabrook, NH 03874. Arrangements are by the Remick & Gendron Funeral Home-Crematory, Hampton.

The family of James C. Falconer created this Life Tributes page to make it easy to share your memories.