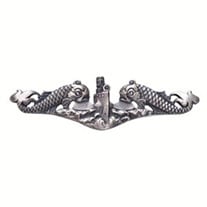 New London - James Joseph Hague, age 80, died Thursday, August 27, 2015 at home after many years courageously battling Polycystic Kidney Disease. Jim was born February 9, 1935 in Detroit, MI to Mary Ellen (Moran) and Clement Hague. The youngest of three sons. Jim moved to New Hampshire as a child where he attended Rye Junior High School and graduated from Portsmouth Senior High School. In 1952 he joined the U.S. Navy and hitch hiked across the US to serve on submarines based out of Los Angeles which took him around the world. After the Navy Jim came back to the Seacoast area and joined AT&T (aka “Ma Bell”) where he worked for thirty years. He was a long time member of the IBEW (International Brotherhood of Electrical Workers) union. During his many years with the phone company, Jim obtained his electrical license which he put to good use over the years. After a brief retirement from the phone company, Jim starting working at Phillips Exeter Academy where they were looking for someone with a strong background in telecommunications and electrical experience and that new position fit Jim like a glove as he stayed at PEA for ten years and enjoying his time there. Jim loved reading, enjoyed history, gardening, hunting, hockey, and he especially loved being with his family. Jim is survived by his wife Nancy (Amee) of 58 years; four children, Joan Provencher and her husband John of Rye, NH; David Hague and his wife Anne of Delaware, OH; Tom Hague of White River, VT; and Patty MacDonald and her husband Tim of Exeter, NH. Grandchildren, Jillian, Jacob and his wife Mary, Jeffrey, and Jenna Provencher; Kelsey and Lauren MacDonald; great-grandchild, Oliver Provencher. He was predeceased by his brothers John and Gerald Hague, and niece Nancy E. Hague. Jim and his great sense of humor will be sorely missed by his family and many friends. Private services will be at the convenience of the family. In lieu of flowers donations may be made to David’s House at Dartmouth https://www.davids-house.org/ or Donate Life America www.donatelifeamerica.org . Jim was very blessed to have been given a second chance at life when he received a kidney transplant in 2003. Please consider registering to be an organ and tissue donor.

The family of James J. Hague created this Life Tributes page to make it easy to share your memories.

Send flowers to the Hague family.