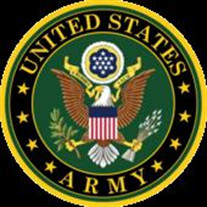 Exeter – James R. “Jim” Kilcoyne, LTC US Army, Ret, 82, died Saturday, December 11, 2021, at his home in Exeter. He was born in Stamford, CT, February 26, 1939, son of the late William and Alice (Rothkamm) Kilcoyne. Jim attended Fairfield College Preparatory School in Fairfield, CT. He attended Tufts University and New York University, and received his bachelor’s degree from the University of Nebraska at Omaha. He received his master’s degrees from American University in Washington, DC, and from the University of New Hampshire. Jim served two tours in Vietnam and was the recipient of two bronze stars. Following his active duty, he served in the Army Reserve, retiring after 20 years. Jim worked at the Portsmouth Naval Shipyard, retiring with 30 years of government service. He served as an adjunct professor at Southern New Hampshire University for many years. Jim was a communicant of St. Theresa Church in Rye Beach. He was past president of the Warwick Club in Portsmouth, member of the Rye Beach Club, Portsmouth Yacht Club, Elks Club of Portsmouth, and the Seacoast Shakespeare Society. He was a Portsmouth Library volunteer, and an active participant in the Great Decisions Foreign Policy Association. Jim was passionate about baseball and was a long-suffering New York Mets fan. He was an avid reader and spent many hours working through all the crossword puzzles he could find. Jim is survived by his beloved wife of 56 years, Jane C. (Power) Kilcoyne, and his children: James R. Kilcoyne, Jr. of Montclair, NJ, and Julia C. Kilcoyne of Watertown, MA, along with two grandsons, Henry and William Kilcoyne of Montclair, NJ, his sister Jean (Kilcoyne) McSharry of Greenwich, CT, and many nieces and nephews. Jim was predeceased by both his parents and his siblings Mary (Kilcoyne) O’Mara, William Kilcoyne, and Anne (Kilcoyne) McGrath. A mass of Christian burial was celebrated for Jim at St. Theresa Church, Rye Beach, followed by his interment at St. Andrew’s By-The-Sea churchyard, Rye Beach.

The family of James R. Kilcoyne created this Life Tributes page to make it easy to share your memories.

Send flowers to the Kilcoyne family.