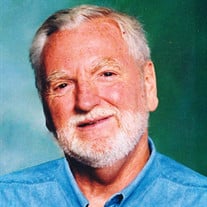 Kensington, NH- James Thomas “Jim” McClure Jr., 73, of Kensington formerly of Coram, NY, and Bangor, ME passed away on May 27, 2016 at home. Jim was born on July 3, 1942 in Bangor, ME a son of Clarissa (Pullen) and the late James T. McClure Sr. With his father being in the Army Air Corps (later the US Air Force), Jim spent his young life in different locations including Washington, D. C., Nebraska, Texas, Maine and Harmon Air Force Base in Newfoundland, where he graduated high school in 1960. After high school he settled first in Maryland, where he attended engineering school in D. C., and then for many years on Long Island, becoming a Volunteer Fire Fighter with the Coram Fire Department. Jim was a long-time member of the Coram Department and one of the longest serving and most respected Fire Chiefs in the history of the Department. He later moved to New Hampshire, married his best friend, Julee, and set off on one adventure after another as a trailing spouse of an expat in Europe. While there, he continued exploring his career options, working first as a Digital Imaging Engineer in Zurich, Switzerland and then as a High School Computer Science teacher at the Luxembourg International School. Finally, he returned to New Hampshire, where he set down roots for his family. Jim had a passion for his family and friends, and always, always, always wanted to be sure that those around him were having a good time. No matter what time zone, state or country he was in, he never ceased to make many friends, touch so many lives and make everyone smile with his contagious laughter and silly jokes. He also saddled all of his family with an unhealthy enthusiasm for ice hockey and food, which to this day compels them to spend far too much time bemoaning the plight of the New York Rangers while consuming vast amounts of pork chops, American chop suey and chocolate ice cream and washing it down with unsweetened iced tea with lemon. In addition to his mother, he leaves behind many survivors of his blended families which include: wife Julee; daughters, Skylar and Tara; sons, Shane, Kerry, and Jeff; daughters-in-law, Michel and Erin and son-in-law Bill; brother John; sisters, Bernita and Judi; grandchildren, Dylan, Calder, Molly and Ryan; former wife Vana; numerous nieces, nephews and an extended world-wide friends and family. Jim fought a courageous and lengthy battle against cancer. He apparently finally decided that he had enough of kicking cancer’s butt and outliving the expectations of all medical personnel. In doing so, he reminded us that the true measure of a person’s life is the number of people that they have touched in the world. By all accounts, his impact on those around him was inestimable. Visiting hours will be held from 5 to 7 PM on Wednesday, June 1, 2016, in the Remick & Gendron Funeral Home-Crematory, 811 Lafayette Road, Hampton. A service will held on Thursday, June 2, 2016 at 10 AM in the funeral home. Relatives and friends are respectfully invited. A private burial will be held in Kenduskeag, ME. In lieu of flowers the family suggests donations be made to the young family of recently fallen Hampton fire fighter, Kyle Jameson. Although, Jim and Kyle didn't know each other, as a fellow firefighter, Kyle's own valiant fight against cancer made them brothers of another cause, jointly fighting cancer's wrath. Checks for Kyle's family should be mailed to the Hampton Firefighters Charitable Organization c/o Kyle Jameson family, 140 Winnacunnet Road, Hampton, N.H., 03842.

The family of James Thomas "Jim" McClure created this Life Tributes page to make it easy to share your memories.

Send flowers to the McClure family.