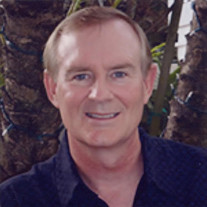 Rye- James “Brad” McGee, 57, of Rye and Boca Raton, FL, died Wednesday, November 4, 2015 in a fatal plane accident off the coast of Breezy Point in Queens, NY. He was born in New York, NY October 23, 1958 a son of the late Norman and Barbara (O’Brien) McGee. Brad graduated from Carmel High School in Carmel, NY with the Class of 1976 and from the US Naval Academy in Annapolis, MD in 1980. A veteran of the US Navy, he served on nuclear submarines and retired as Captain from the Naval Reserves with 22 years of service. He also earned his M.B.A. from Harvard Business School. Mr. McGee was presently the CEO of two companies that he and his lifelong friend and business partner, John Callaghan started; New Rye Securities and iCrowd. Brad held a number of Senior management positions at Tyco International from 1993-2002. He played a critical role in driving Tyco’s rapid growth from a $3 Billion Dollar Sales Company to a $40 Billion Dollar Sales Company while creating a market value of well over $100 Billion Dollars for Tyco. He served as both a senior vice president and executive vice president and officer of the Corporation fulfilling the responsibilities of chief strategy officer. Brad served as President of Tyco’s Speciality Products. Within the community he led Tyco’s initiative to create its United Way Volunteer Action Center. Brad was warm, intelligent, insightful and very dedicated to his wife, family and friends. He truly enjoyed running along the beach with his dog Casey. He was an all-state distance walker in New York State and later excelled twice as an Ironman triathlete and marathon swimmer. He operated his ‘light sport aircraft,” a fixed – wing Flight Design model out of Portsmouth International Airport at Pease. He leaves the love of his life and best friend, Terri S. (Reid) McGee of Rye, his best canine friend, Casey, his sister, Kimberly Mayer and her husband Shawn of Raleigh, NC, his three brothers, Jeffrey McGee and his wife Wendy of Chesterfield, England, Barry McGee and wife Kim of Overland Park, KS, Philip McGee and wife Catherine of Cherry Hill, NJ, his paternal grandmother, Eileen McGee of Sedona, AZ, his aunt, Diane Cahill of Pittsburgh, PA, 12 nieces and nephews, and 5 great nieces and nephews. Visiting hours will be from 5-8 P.M. Thursday, November 12, 2015 at the Remick & Gendron Funeral Home-Crematory, 811 Lafayette Road, Hampton. A liturgy of the word will be held at 11 A.M. Friday, November 13, 2015 at St. Theresa Church, 795 Central Road, Rye Beach. Burial will follow with military honors in the Central Cemetery, Rye. Relatives and friends are respectfully invited. The family requests that flowers please be omitted. If desired donations may be made to the New Hampshire, S.P.C.A., P.O. Box 196, Stratham, NH 03885 or to a charity of one’s choice.

The family of James "Brad" McGee created this Life Tributes page to make it easy to share your memories.