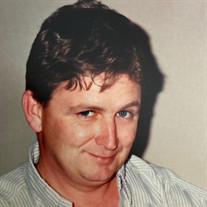 Seabrook Beach – James Michael “Jimi” Preston, 62, of Seabrook Beach, passed away on Sunday, February 13, 2022. He was born on May 25, 1959 to Robert F. and Charlotte (Keefe) Preston in Lawrence, Mass. The family moved to Hampton in July of 1965 after having summered there for many years. After graduating from Winnacunnet High School, Jimi attended Keene State College and participated in the outward-bound program. In July of 1978, Jimi enlisted in the United States Marine Corps and spent most of his time stationed at Pearl Harbor, Hawaii. Jimi also served in the New Hampshire active reserves. He was a jack of all trades, his handshake was powerful, his words’ sincere, he loved family, golf, skydiving, and Chinese food. Jimi met his wife Heather at Hampton Beach where she worked at the Old Salt Restaurant. They were married for over 30 years and worked together at Preston Real Estate for many years. Jimi leaves behind four siblings, Bob Preston and his fiancée Angela Anderson of Hampton, Charlie Preston and his partner Susanne Kolosey, Martha Preston and her partner Paul Himmer of Seabrook Beach, Maryrae Preston and her husband Kevin Reusch of Hampton Beach along with nieces and nephews. In addition to his parents, Jimi was predeceased by his loving wife, Heather A. Preston. Jimi lived by the Marine Corps Motto "Semper Fi" - always faithful. A Mass of Christian Burial will be celebrated at noon on Tuesday, February 22, 2022 at the Our Lady of Miraculous Medal Church, 289 Lafayette Road, Hampton, NH. The Mass will be livestreamed starting at noon, by visiting OLMM Livestream. Burial will follow in the High Street Cemetery, Hampton. A celebration of Jimi's life will be held at a later date. In lieu of flowers, memorial contributions may be made to Live and Let Live Farm Inc., 20 Paradise Lane, Chichester, NH 03258, Cornerstone VNA/Hospice, 178 Farmington Rd, Rochester, NH 03867 or to a charity close to your heart.

The family of James M. Preston created this Life Tributes page to make it easy to share your memories.