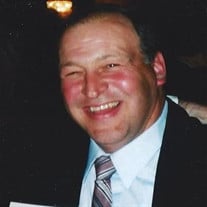 Newmarket - James R. Smith, 70, of Newmarket, passed away unexpectedly on Saturday May 25, 2019 at his home. Jim was born in Cambridge, MA on November 17, 1948, a son of the late James E. and Ruth E. (Newell) Smith. He grew up in Arlington, MA and it was there that he met his life-long friends whom he spent as much time as possible with until the day he left this earth. He played ice hockey and football throughout high school, and graduated from Arlington High in 1966. After high school, Jim attended Choate Rosemary Hall in Connecticut and then Lehigh University in Pennsylvania where he studied business and excelled in both football and hockey. He later attended the Wentworth School of Technology in Boston and it was there that he learned about home construction. Jim married Lynne L. (Uecker) Smith in 1970 and together raised their daughters, Erica and Rebecca. In 1979 they moved to Hampton where Jim began a 25 year career of building homes in the seacoast area. In 1997 Jim began his second career as a NH Bail Commissioner working alongside law enforcement primarily in Rockingham County. He was very proud to provide this service to the community and of the many friendships built throughout both of his careers. He loved to play golf and was a member of Cape Neddick Golf Club in Cape Neddick, ME. Jim and his teams won several tournaments over the years and he never missed the annual "Golf Weekend" with his closest friends. Jim was very fond of animals and thoroughly enjoyed spending time with his dear friend Doreen at her family farm where he liked to help out with the horses, ponies and dogs. Most of all, Jim loved his children and his grandchildren. He was always there for them, any time, day or night, for absolutely anything at all. He will be missed immensely. Left to cherish his memory are his loving daughters, Rebecca E. Smith of Lebanon and Erica L. (Smith) Shaw and her husband, Glenn Shaw of Stratham, NH, his grandchildren, Celia, Aidan, and Owen Shaw, of Stratham NH and his sister, Elizabeth (Smith) Taylor and her husband, Bruce Taylor, of West Dennis MA. He also leaves his nieces, Kristen Vito and Caroline Minich, his nephew, Andrew Taylor, the mother of his girls, Lynne (Uecker) Smith of Hampton, several cousins, many lifelong friends who were like his brothers and his cat named Trouble. Visitation will be from 11am to 1pm and from 5 to 7pm on Friday, May 31, 2019 in the Remick & Gendron Funeral Home – Crematory, 811 Lafayette Rd., Hampton. Services will be held at 11am on Saturday in the funeral home and burial will be private. In lieu of flowers, donations can be made to the New Hampshire SPCA PO Box 196, Stratham, NH 03885, .

The family of James R. Smith created this Life Tributes page to make it easy to share your memories.