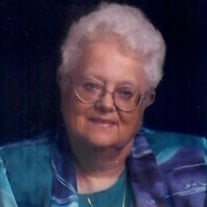 Hampton Falls – Jeanne W. Mahoney, 91, of Hampton Falls, NH, formerly of Tucson, AZ, died Tuesday, July 13, 2021 at Portsmouth Regional Hospital. She was born in Syracuse, NY April 1, 1930, daughter of the late William and Laura (Meyers) Washburn. Jeanne was raised in Geneva, NY and graduated from Geneva High School and later received her Associate’s Degree from the Baptist Institute, Philadelphia, PA, her Bachelor’s degree from Trenton State University, Trenton, NJ and her Master’s degree from the University of Arizona at Tucson, AZ. She was employed as the director for several Christian pre-schools in Tucson, AZ for many years, retiring as the director for Happy Trails Pre School in Tucson, AZ. Jeanne moved to live with her daughter and son-in-law in Hampton Falls, NH in 2016 and enjoyed her times at the Portsmouth Senior Center while living here. She spent most of her summers at her family homestead in Woodstock, VT and was affiliated with Oak Chapel in Bridgewater, VT and Son Life Chapel in Tucson, AZ. Jeanne enjoyed gardening, crafting and her Ladies Prayer Group. She leaves three daughters, Lynda Talkington and her husband Ray of Hampton Falls, Dianne Lane and her husband Lawrence of Tazewell, TN, Laura Fruh and her husband Ron of Chagrin Falls, OH, four grandchildren, Jason, Timothy, Daniel Fruh and Samy Tshileu and four great grandchildren. She was predeceased by her parents and two brothers Richard and Donald Washburn. Private services will be held at the convenience of the family. In lieu of traditional remembrances donations may be made to St Jude Childrens Research Hospital 501 St. Jude Place, Memphis, TN 38105. Arrangements are by the Remick & Gendron Funeral Home-Crematory, Hampton.

The family of Jeanne W. Mahoney created this Life Tributes page to make it easy to share your memories.

Send flowers to the Mahoney family.