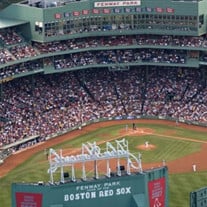 Seabrook – Jeffrey A. Skinner, 64, of Seabrook, died unexpectedly on Monday, December 12, 2016 at his home. He was born on December 18, 1951 in Beverly, MA a son of the late Frank W. and Margaret (Sweeney) Skinner. Raised in Topsfield, he graduated from Masconomet High School with the Class of 1971. He went on to work as a flooring installer for various companies throughout the seacoast area. Jeff was an avid New England sports fan whose love for his New England teams knew no bounds. He was a former member and lead singer of the band “The Royal Aircoach”. The band played many venues around the North Shore and Boston and even though years have passed he never lost his passion for music. He loved his cat Bella and gardening in the yard, especially growing tomatoes. Jeff was a fierce and loyal friend and always had an infectious sense of humor. Surviving family members who will miss him very much include his siblings, Frank W. Skinner Jr. and his wife Sian of Dorset, England, Thomas A. Skinner and his wife Susan of Jamesville, WI, Nancy E. Scott of Danvers, MA, Dorothy A. Skinner of Danvers, MA; Dear friend Michelle Donovan of Seabrook and several nieces and nephews. Visitation will be held from 7 to 9 PM on Friday, December 16, 2016 in the Remick & Gendron Funeral Home - Crematory, 811 Lafayette Road, Hampton. In lieu of flowers, donation may be made to the New Hampshire SPCA, PO Box 196, Stratham, NH 03885 or to the charity of your choice.

The family of Jeffrey A. Skinner created this Life Tributes page to make it easy to share your memories.

Send flowers to the Skinner family.