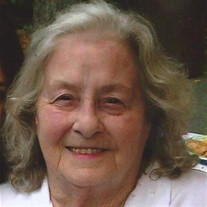 Seabrook, NH – Joan H. DiTommaso, 84, of Seabrook, died Saturday, September 24, 2016 at Portsmouth Regional Hospital. She was born February 9, 1932 in Lawrence, Mass., a daughter of the late Fred J. Tommasino and Romaine (Berry) Tommasino Castaldo. Joan was raised in Lawrence and attended Lawrence High School. She worked for Lawrence Maid Shoe Shop but most of her working career was with Western Electric succeeded by AT & T and Lucent Technologies retiring as a supervisor after 30 years of service. Family was most important and she enjoyed Bingo, scratch tickets and going to the casino. She was a member of the New Outlook Pioneers and had made her home in Seabrook the past 50 years. Family members include her daughter, Jonie Lesiczka and her husband David Sr. of Haverhill, Mass., her son, Vincent DiTommaso of Derry, longtime friend, Eleanor Dobson and her daughter Sylvia Griffin, her sister, Florence Spezzano of San Pedro, Calif., seven grandchildren, Vincent, Michael, David DiTommaso, Paige Channell, Christine, Andrew and David Lesiczka, Jr., five great grandchildren, Jasmine DiTommaso, Vincent Anthony DiTommaso, Cynthia Charlene Lesiczka, Evan and Elizabeth DeLoge, many nieces and nephews. In addition to her parents, she was predeceased by her brother, Joseph Fred Tommasino, her sister, Gloria A. Anderson and her grandson, Anthony Vincent DiTommaso. Visiting hours will be from 5:30 – 7:30 P.M. Friday, September 30, 2016 at the Remick & Gendron Funeral Home-Crematory, 811 Lafayette Road, Hampton, NH. Relatives and friends are respectfully invited and may gather at 10 A.M. Saturday, October 1, 2016 at the funeral home to be followed by a graveside service at 11 A.M. in the Hillside Cemetery, Seabrook. Flowers are acceptable or if desired, donations may be made to the American Heart Association, P.O. Box 417005, Boston, MA 02241-7005.

The family of Joan H. DiTommaso created this Life Tributes page to make it easy to share your memories.

Send flowers to the DiTommaso family.