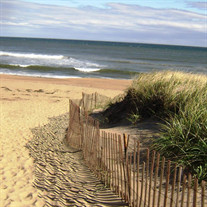 Hampton &#8211; Joan T. Gannon-Traynor, 65, of Fort Myers, FL and Hampton, passed away peacefully on August 23, 2021 at her daughter&#8217;s home, surrounded by her loving family. Born to the late Walter J. and Catherine G. (Holland) Hart on... View Obituary & Service Information

The family of Joan T. Gannon-Traynor created this Life Tributes page to make it easy to share your memories.

Send flowers to the Gannon-Traynor family.